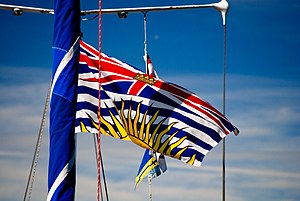 History about BC Bill 41

The United Nations Declaration on the Rights of Indigenous Peoples 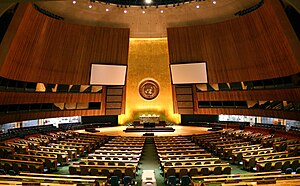 Indigenous families in British Columbia have long faced discrimination in the provision of services, and Indigenous communities have had to contend with the impact of large-scale projects approved by the Federal and Provincial Governments without their consent.[4]

On September 13, 2007, the United Nations Declaration on the rights of Indigenous Peoples (UNDRIP) was formally adopted at the General Assembly of the United Nations, after the efforts put forth by many Indigenous communities for years prior to it [3]. UNDRIP acknowledges the rights and freedom of Indigenous Peoples and enforces particular expectations states need to follow in order to ensure these rights are protected [4].

In 2010, Canada adopted UNDRIP, but only under the condition that they were confident that principles outlines in UNDRIP could be amendable under Canadian constitutional and legal framework. However, UNDRIP was refused to be fully endorsed by the federal government of Canada for 6 years after it was adopted [4]. Part of Canada's reservations was that the federal government had concerns about the terms of the declaration conflicting with Canadian domestic and constitutional law [5].

After 6 years and a switch in federal government, Canada adopted UNDRIP without reservation [5].

Despite after Canada eventually committing to approving UNDRIP in 2016, neither the provincial or federal government has passed legislation to allow for domestic law to be brought in line with international standards. Instead, legislation which is still out of line with the principles set in the Declaration and is still being continuously relied on when federal and provincial governments pursue commitments in reconciliation with the Indigenous community [4].

The failed attempt at bring UNDRIP into Canadian law has for caused for the implementation of future bills that would try to re-align this, and bring about the pledges displayed as part of the declaration[6].

Bill C-262, an act that was created to ensure that Canadian laws were in harmony with the intentions of the United Nations Declaration on the Rights of Indigenous Peoples, was passed in 2018 in the House of Commons, but unfortunately died in Senate during the 2019 election. The failed passing of C-262 was a clear step back in reconciliation [7]. This once again left Canadian Law misaligned with UNDRIP.

On October 24th, 2019, Bill 41 – The Declaration on the Rights of Indigenous Peoples Act, was adopted by the B.C. provincial government, making B.C. the first province to adopt UNDRIP legislation [6].

With this, the B.C. provincial government pledged to keeping its laws in alignment with UNDRIP standards which had not been done with the federal law. This bill advances reconciliation effort by providing important legal framework that can make a meaningful difference in how long standing conflicts are resolved between Indigenous communities and the Crown governments [8]. Bill 41 will provide some guidance to the B.C. government's current views and understanding of the requirements associated with UNDRIP[9].

Canada has adopted legislation to implement the Act on the Declaration of the Rights of Indigenous Peoples, which establishes an important new legal framework to promote reconciliation by setting minimum standards for Indigenous peoples’ survival, dignity and well-being throughout the world[4].

As Indigenous organizations have pointed out[4], the bill has the potential to transform the relationship of conflict between Indigenous people and British Columbia into a relationship of partnership, cooperation and respect. Bill 41 is warmly welcomed by BC's business community. Industry leaders expressed hope that the framework for shared decision-making proposed in the legislation would create a more secure prosperity for BC. Given the importance of BC's resource industries, such as forestry, mining, and fisheries, establishing a legislative based on Indigenous consent to participate in development projects has the potential to unleash provincial economies and create new products that meet the highest performing global market standards[10]. BC government has already taken steps in this direction, such as seeking Indigenous input on environmental issues and child welfare[11]. Katzie First Nation Chief Grace George called Bill 41 a historic moment. She said the bill opens the way for meaningful consultations, recognition of her people's rights and ownership of land and waterways.[11] Subsection 1(2) of Bill 41 requires BC Government to consider the diversity of Indigenous peoples in BC[16]. This requirement is supported by Bill 41 section 3 which requires Government of British Columbia to consult and cooperate with the Indigenous people to make sure that British Columbia’s laws are consistent with UNDRIP. However, Bill 41 does not take into account the conflicts of interest between the approximately 200 groups of different Indigenous groups[15].

UNDRIP is an aspirational statement that does not contain clear objectives, most of which are broadly worded and don't have legally binding conventions. As such, with no transition provisions in Bill 41, it sets out broad criteria for the necessary measures, but does not place any reasonable, and specific restrictions on them.[15]

The overarching goal of implementing BC Bill 41 has been to increase Indigenous representation and to serve as a foundation for legislation around Indigenous sovereignty. While this goal remains widely accepted, there are many different ideas surrounding the means to arriving at this common goal. It is important to note that since this bill works to address Indigenous representation and sovereignty that it should be Indigenous communities and nations who lead implementation of this bill and dictate how this bill is applied in the future. Therefore, Indigenous governing bodies need to be thoroughly consulted by the provincial government, as well as given access to appropriate resources for leading the practical implementation of BC Bill 41 in the future [17].

The intent with legislation is to provide mechanisms or tools “for the government to work together with Indigenous groups on decision-making processes on matters that will affect them.” [17] This also includes expressed and informed consent before government bodies can go ahead with any decisions. Bill 41 also recognizes forms of Indigenous governance, including hereditary and multi-nation governments or coalitions, which are recognized means of decision-making. It is vital that these Indigenous bodies of governance be given full autonomy and legitimacy in provincial law for true reconciliation to be achieved. [17]

However, it is evident that BC Bill 41 will not bring any immediate changes[18]. Hon. S. Fraser indicated that the act itself does not change the way the province negotiates with First Nations or how decisions are made in the future. Bill 41 will aim to focus on the high-level strategic processes rather than the individual permissiveness processes. Moreover, this law states that the government must develop and implement a plan of action to achieve the objectives of the declaration[18]. BC Bill 41 has not provided a fixed timetable, therefore, it is possible that the government may not promotes its first action plan until several months from now. As mentioned, bill 41 requires prompt action, but it is a challenge for the BC government to implement it indiscriminately across a wide range of areas. If the BC government does not immediately show progress and management expectations, it will lose trust in Indigenous parties.[12]

The province of British Columbia has experienced ongoing conflict and struggles between Indigenous communities and the Crown, especially concerning the jurisdiction of Indigenous land and resources [8]. There have been few strides made by the provincial government to resolve these conflicts in ways that truly implement Indigenous perspectives and sovereignty; therefore, the implementation of BC Bill 41 will be crucial for the province to mend relationships or to reach a starting point for reconciliation with Indigenous communities in the future.

On October 24, 2019, the Government of British Columbia introduced Bill 41, Declaration on the Rights of Indigenous Peoples Act. This law not only fulfills the Canadian government's commitment to include UNDRIP in its legislation, but it's also the result of a concerted effort by the First Nations Leadership Council and other Indigenous organizations. Bill 41 implements UNDRIP in a flexible and detailed manner and provides a template for BC and the rest of Canada.[16]

Despite the challenges with implementing Bill 41, it has the potential to foster a relationship between the Government of British Columbia and Indigenous peoples, to promote reconciliation, protect Indigenous rights, and strengthen Indigenous institutions, cultures and traditions.[15]