Documentation:Open Case Studies/FRST522/Evaluation of the impacts of urban forest in Beijing China

Evaluation of the impacts of urban forest in Beijing, China

The location of Beijing

Beijing, the capital of China (the People’s Republic of China), which is located in a transitional plant zone between South and North in China. Beijing City with over 13 million individuals holds a unique title of a direct-controlled municipality under the direct control of the Chinese government. The rapid economic growth and urbanization accompanied by severer air pollution, which is a threat to the health of Beijing dewellers. Under such circumstance, the Beijing urban forest plays an essential role in improving this city's environment. In Beijing City, the forestry coverage only accounts for 0.6% (104 km2) of the total area, which is approximate 16,808 km2. Based on the geographic location of Beijing, where is warm-temperate zone, deciduous broad-leaved forest takes up the most forestry area with much less coniferous forest in this region[1]. The Beijing dominated tree species include Pinus tabuliformis, Quercus spp., Acer spp., Koelreuteria paniculata, Vitex negundo var. heterophylla, Spiraea spp., Themeda japonica, and Lespedeza spp[2]. 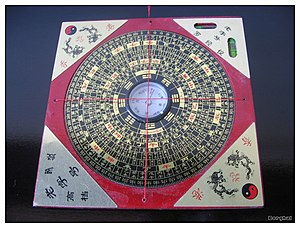 Huang et.al defined the urban forest as the tree population grows in the urban area with plants that can grow in the understory[3].

o Feng shui (wind and water in English) is the traditional idea regarding the forest to create harmony between nature and human, which is derived from 4000 BC and related to metaphysics in China[4].

o At the early of the 20th century, some Chinese environmental experts who studied abroad and introduced the concept of modern forestry to China attempted to build forests surrounding Beijing[5].

o In 1949, the new Chinese government proposed to launch the afforestation project both in the remote areas and the region near cities. There is no exception in Beijing. In order to conserve water and soil as well as provide recreation for city's residents, the municipal government constructed many plantations in Beijing[5].

o In the 1980s, modern urban forests started in China. During this period, the Chinese and municipal governments only focus on recreational activities and environmental conservation[4] [5].

o In the 1990s, the Chineses government regarded the long-term planning of urban forestry as a part of a strategy for national development [6].

o In 2013, Beijing Forestry Bureau would establish over 10 urban forests, covering approximate 23,000 hectares in response to the national call for the reduction of severe smog in Beijing-Tianjin-Hebei region[7].

The palace of Fragrant Hills, Beijing. 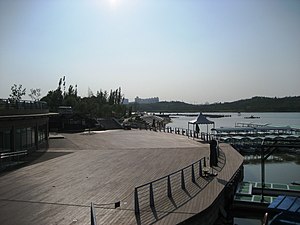 Even though the state government owns all lands and forests in China forever, the tenure arrangements of Beijing urban forests are authorized to farmers or private companies according to the different types of urban forests[8].

Table 1. The tenure arrangements of different types of urban forests in Beijing.

The affected stakeholders in the case are Beijing inhabitants. Although they lack ownership of private lands and forests, the residents always pay high attention to urban forests and appreciate trees. Generally, their objectives are to improve their living environment and enrich their daily life by the expansion of the forests in their residence and recreational parks. Nevertheless, they have no power to decide where to plant forests or to expand forest coverage, on account of that government organizations take control of all urban forests in Beijing. There are some conflicts between dwellers' action and laws, such as the construction of storage sheds under large trees without sanction[8]. Although the central government has the highest power to manipulate urban forests, this government is the second stakeholder with indirect control of urban forests in Beijing. Except for caring Beijing urban forests, the officials in the state government also take care the nation from all sides aspects, including economic, social, cultural, martial, and diplomatic affairs.

In this case, forest-related government organizations become the interested stakeholders with high interest and high influence in the first layer. Beijing Forestry Bureau, which owns the highest power to manage forests in Beijing directly, manipulates the other forest-related administrative authorities, including Beijing Institute of Landscape and Gardening, City Planting Office, etc. Even though these authorities can have different levels of power and influence, they should follow the instructions, policies, and laws proposed by the central government. According to the recent announcement from the State Forestry Administration of the People's Republic of China in 2017, these Beijing forest-related authorities have the same primary objective to alleviate smog especially for PM 2.5 through enlarging urban forest coverage in Beijing, so that they can improve the living environment for Beijing citizens[10].

The Chinese citizens from other regions concerns about the living environment in Beijing while they have least power to decide.

Beijing dwellers are suffering from the severe air pollution resulted from petrol-fuelled cars, coal burning for energy regeneration, and waste emission from industries. The underlying reasons for the massive smog in Beijing include the sharp increase of population, the expansion of urbanization, and the impending requirement of economic development from the central government[11]. Urban forests play an essential role in the process of mitigating environmental problems.

According to the surveys from Chen et al. in Beijing urban forests and non-forest areas separately. The result shows that the PM2.5 in the non-vegetated area (Haidian Wanliu) is higher than the PM2.5 in the vegetated area (Haidian Beijing Botanical Garden). PM 2.5 is the primary component of smog. Chen et al. illustrated that forests could absorb abundant air pollutants through leaves. Thus, the broad-leaf trees would be more efficient to alleviate the smog, due to the large surface area as well as the longer survival time of a leaf when compared to the conifers[11].

In addition, urban forests can benefit the urban heat island effect mitigation by taking in CO2[14]. The shading and evapotranspiration functions of trees can reduce the air temperature in summer, which will reduce the air pollutants from cooling systems and the activity of chemical reactions[15].

Based on Tyrväinen’s research in 1997 regarding the amenity value of forests in urban areas and the house pricing, the result represented that the closer distance to the forested park can increase the estate values[16]. He et al. also analyzed the influential factors of residential housing price in Beijing in 2010. As a result turned out, the forested region had a positive impact on Beijing estate values[17].

The urban forest in Beijing not only can improve housing price, but it also could bring the direct economic returns from tourism in parks or mountains. Zhang and Zhou studied the recreational value of forests in Beijing, which include the financial benefits from the urban forestry tourism. They forecasted that the coverage pf Beijing forest parks would reach over 29 million ha, which can conduct more than RMB 3*1011 in total[18].

According to the research of Leng et al. in 2004, they declared that urban forests could generate funds by regulating microclimate. Based on their statistics, the estimated regulating value of the ecosystem is more than RMB900,000 per day[19]. Jim and Chen also did the similar calculation on the value of urban forests in Beijing. They utilized the Sweden carbon tax to calculate, the urban forests in Beijing could generate about RMB2.6 each year from the capability of carbon stock as well as the O2 emission[12].

The urban forests’ expansion in Beijing creates more job opportunities in cultivation and monitoring. Moreover, the forests can bring the aesthetic pleasure to the local individuals, which can alleviate the patients’ mental and physical pain to some extent. Thus, urban forests could assist patients to recover quickly from illness by providing a pleasing and healthy atmosphere in some cases. Additionally, the reduction of crimes would be introduced by urban forests[20].

The entrance of Yonghe Temple

The urban forests provide the recreational and aesthetic values to local people as well as the tourists in Beijing. Besides, the forests would convey knowledge by providing the researching and educational chances. On account of the Beijing severe environmental problems, many environmental experts, and students show high interest in conducting studies on the function of urban forests in Beijing. More importantly, some urban forests in the historical heritage can deliver the traditional cultures. Thus, many religious people deposit their feelings and religious belief in the temples, such as the Yonghe Temple and Tanzhe Temple in Beijing[12].

Table 3. The power assessment table of social actors in the case study of Beijing urban forests. The interest-power assessment for urban forests in Beijing, China

In China, the primary obstacle to urban forest's development is the insufficient funds, due to these forests cannot appeal to the private companies to invest under low financial returns directly. Based on this fact, Shanghai took the leading role to solve the restriction by providing the private companies with financial support to invest urban forests in Shanghai. The successful approach can also be introduced to Beijing. Beijing municipal government could proposal corresponding policies to offer compensation to the planting companies in Beijing to establish more urban forests[5].

Wu et.al suggest to mix up shade-intolerant species, semi-shade tolerant species and shade-tolerant trees in the common growing places. The existing species composition in Beijing is not optimal for air pollutant removal and CO2 sequestration. This is because these tree species have a short lifespan. Thus, the evergreen trees will be more suitable to alleviate air pollution, because of the longer life of leaf retention. Meanwhile, the severe environment in Beijing requires tree species which can tolerant insects, drought, air pollutants, and highly compacted soil [21] [15].

According to the power-interest assessment figure, the Beijing residents have high interest while with low power. The Beijing Forestry Bureau can release more power and responsibility to the residents to monitor and give feedback on urban forests in Beijing. Furthermore, the central government could involve dwellers in the voting process and decision-making process in People's Congress when legislation of forests' regulations and laws.