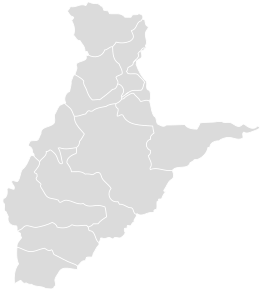 The Alishan National Scenic Area, located in eastern Chiayi County, Taiwan, is a national scenic area planned and managed by the Tourism Bureau of the Ministry of Transportation and Communications and was established in 2001[1]. Its scope includes the Alishan National Forest Recreation Area in Alishan Township, which is still managed by the Forestry Administration, and extends to nearby famous scenic spots such as Meishan Township, Zhusaki Township, and Banlu Township. It is a branch of the Yushan Mountains, consisting of eighteen large mountains with a total area of 1,400 hectares. The starting altitude is 2216 m and the highest point is over 3500 m. It is located at 23 degrees 31 minutes north latitude and 120 degrees 48 minutes east longitude[2].

In November 1998, the Tsou Clan was officially recognized by the Council of Indigenous Peoples of the Executive Yuan[4]. The Tsou clan is divided into the South Tsou and the North Tsou. The North Tsou includes four large communities in Alishan Township, Chiayi County, and Jiumei District, Xinyi Township, Nantou County, with a population of just over 5,000 people[4]. The Tsou communities are rural communes with common land and each household in the village is a production unit. In addition, the means of production, houses, property, and livestock are the private property of each family. The Tsou community is structured on the basis of patrilineal clans, and property is inherited by the eldest son[5].

Ethnic minorities in Taiwan mainly originated from the Fujian and Yueh area along the southeastern coast of mainland China, and in the course of history, they have fused with immigrants from other surrounding countries and regions[5].

The basic political and residential unit of the Alishan Tsou is the community (hosa), which generally consists of 60 to 70 families[5]. The concept of a Tsou community is capable of performing all tribal rituals and its social organization can be divided into the following sections.

The Forestry Act was published in 1933 and has been amended several times since then. According to their ownership, they are divided into state-owned forests, public forests and private forests. Public or privately owned forests may be nationalized by the central competent authority, but compensation shall be paid. State forest or public forest land can be leased, transferred or allocated. State-owned forests are managed and administered by the central competent authority through a forest area; public forests are managed and administered by all authorities or other legal entities; and privately-owned forests are managed and administered by private individuals. The central competent authority may formulate and implement forest management plans according to the characteristics of the forest industry[8].

In 1991, in response to the worldwide trend of nature conservation, the commercial logging of natural forests was banned and forestry management began to enter a phase where resource conservation was the priority. The current stage is the forest ecosystem management system. Forest ecosystem management emphasizes three major objectives: biodiversity conservation, sustainable forest production, and multi-target utilization of forest resources. State forest land managed by the Forestry Department is no longer leased, except for existing leases that have been leased and leased for public use in accordance with Article 8 of the Forestry Law[9].

The Alishan National Forest Recreation Area is all state-owned land. In earlier years, the land used to be leased to the public, but now it has been stopped and gradually reclaimed. The land reversion to State control in the Alishan area is proceeding most rapidly, with only about 10 hectares of leased land remaining[9].

The legal rights holder and government agency in the area is the Alishan Workstation. However, the Alishan Workstation only carries out the care and data collection of the forest area. More rights, such as making rules, selling permits, and leasing land are held by the Chiayi Forestry District Administration, a higher level agency. It has all the legal rights to be in charge of the forest area in the region. Therefore, the Chiayi Forest District Administration is recognized as the main management agency. Therefore, the following two sections also focus on its further introduction.

Management at All Levels

An affected stakeholder can be defined as any individual, organization or entity that is influenced by local customs, culture or beliefs and claims to be affected by activities in the forest area.

The local people have customary right, they have the rights to exploit parts of the forest and the right to process and sell the resulting forest products for economic gain. If they want to be involved in collaborative decision-making and forest management, they need to submit their views to the relevant government departments via the Kagi Forestry District Management Office or have direct face-to-face consultant and discussion[12][9]. For the residents, mainly including the local Han Chinese, as well as other ethnic minorities, such as the Zou Clan. Their rights relate mainly to planted economic forests and some natural forests in the Alishan region[4][9].

Residents plant trees, cut down and reforest in accordance with the policy issued by the government. Forest resources such as timber (bamboo) that are harvested are processed twice into forest products including wood products and bamboo products, labelled with a forestry label issued by the government and sold for financial remuneration[13]. Local residents have also worked with government departments and related companies to develop ecotourism projects, including a special tea culture chain industry[14]. By promoting the local tourism industry in Alishan, the residents can also achieve considerable economic benefits.

Stakeholders refer to be any person, organization or entity that have shown or are known to have an interest in the activities of the forest area.

Government departments often use a lots of power, but access with limitation to financial benefits. They usually promulgate policies and provide funding, projects and platforms to help local people to make use of forest resources and develop relevant industries. In some cases, government tenders are used to attract companies to set up businesses and cooperate with residents for mutual benefit[13]. And the government departments involved are mainly forestry workstations as well as the Forestry Department[15].

The main purpose is to purchase local forest resources from Alishan, including timber products, bamboo products, tea, and other agricultural products[14].

Markets in Other Parts of Taiwan or Other Places

Tourists from all over the world directly enjoy the local tourism industry, experience local conditions and customs and local culture, expand their knowledge and relax, both spiritually and physically.

Policies are in place to encourage residents to participate in community forest management through measures such as financial subsidies or concessions for residents who actively participate in community forest management. Regular lectures are given to registered non-profit organizations, foundations, colleges and communities. Counselling and theoretical help is provided on issues that arise.

In order to get more residents to participate voluntarily in the management of community forestry, the scope of community forest management is increased while reducing the resistance to its implementation among the population and increasing the efficiency and capacity of the community. To make the local population value the land more, to deepen their attachment to it and to reduce the likelihood of its destruction. By setting up a more systematic talent development program, community ensure that it has sufficient expert resources to deal with any problems that may be encountered. Secondly, effective teaching of specialist knowledge ensures that forest-related knowledge is not lost over time.

The establishment of a model forestry demonstration community to explore community forestry policy and to test the soundness of overall community land planning. It is also a test of the professional skills of the practitioners involved, to develop their professionalism and ability to work in the field.

The initial objectives of the plan have been achieved and the vast majority of residents in the community are aware of the importance of the forest and know some simple forest management practices. However, there are still some villagers who do not understand the importance of community forestry and still cut down and destroy forests at will, and basic conservation education for villagers needs to be strengthened. The development process will inevitably have an impact on the local ecology and vernacular architecture, and how to balance conservation and development is a key priority.

The Basic Law of indigenous peoples[17] stipulates that any government or private person engaged in land development, resource use, ecological conservation and academic research on indigenous peoples' land shall consult with and obtain the consent or participation of indigenous peoples, and indigenous peoples shall share the relevant interests. Governments or laws restricting the use of the land and natural resources of indigenous peoples shall consult with and obtain the consent of indigenous peoples or indigenous peoples. However, in 2005 the Forestry Bureau and the Hongdu Alishan Business Alliance privately joined forces with some village chiefs, promising them favours to design and build a national park, a national scenic area, an ecological conservation area, etc. on Tsou land, without publicly discussing how the land should be disposed of. The Taiwanese government has developed a BOT case, in which it uses three methods - Build, Operate and Transfer - to promote public participation in the formulation and subsequent management of public construction plans[18]. However, in the current development plan for aboriginal land, the public has not been involved at all. So the aborigines took the form of a joint petition of protest, which gave rise to the well-known BOT case in the Alishan region.

The aboriginal people, who have been kept in the dark, are outraged and have written a joint petition against the BOT, which includes the following demands[19]：

The government decided to suspend the BOT project with Hongdu Consortium, review and amend the contents of the contract to ensure the basic rights and interests of the local indigenous people as much as possible, and meet the compensation measures proposed by the indigenous people in the protest.

The BOT case is a famous land dispute in the Taiwan region, and the spirit of the local aborigines who defied the power and fought against other invaders is worth sharing with other Indigenous and Local communities. Also the model they adopted is worth learning from all parties, they did not blindly resort to violent means to protest, but combined with laws and regulations to make a formal protest and request to the Executive Yuan.

We believe that the following suggestions may help local community forestry to be better developed.

During the research, we tried hard to find people who could be interviewed by us, but unfortunately we did not get effective interview data. Some of the above data may not be applicable to Alishan today.