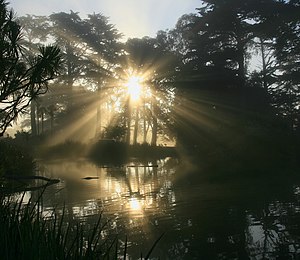 In 2010 a series of articles published in the Journal Animal Welfare[5] began to synthesize the two separate fields of conservation and animal welfare[6]. In the same year the Born Free Foundation held the first compassionate conservation symposium essentially founding the new discipline of compassionate conservation and giving legitimacy to the emerging field. Since 2010 many more conventions have been held in places such as London, Vancouver, Australia, and China furthermore numerous books and articles both praising[5] and criticizing[7] the concepts have been published. Despite criticisms organizations such as the BCSPCA[8] and Centre for Compassionate Conservation at the University of Technology Sydney[9] operate using the four guiding principles.

Criticisms and Outcomes of Compassionate Conservation

Compassionate conservation methods are highly controversial as many views their goals as unattainable and may lead to pessimism. The positive and negative outcomes of compassionate conservation are often hard to distinguish due to the complexity of nature and morality that is deeply intertwined with the issues that are trying to be addressed. Compassionate conservation fails to recognize global obstacles regarding social, economical, and ecological issues. The right or wrong choice may seem clear however more often than not something that is good for an individual or certain species may have severe negative consequences for the ecosystem and its other inhabitants forcing us to ask ourselves whether the good outweighs the bad for each decision made. For example, consider a scenario where an apex predator such as killer whales is critically endangered. Increasing the killer whale (orca) population is positive for killer whales and producers but this will negatively affect consumer species. Species such as birds, cephalopods, fish, and marine mammals are all prey of killer whales, by increasing the population of killer whales, these other species will face great depletion.[10] If a species that is parasitic has a large population, the parasite would view its population as a positive, however, the individuals that are being negatively exploited would have the opposite view. Compassionate conservation’s “Do No Harm” tenant rejects the notion of harming animals for the good of all species, however, this provides issues to ecosystems when there is an abundance of invasive species. For reference, on Santiago Island, Galápagos, “invasive mammals are premier drivers of extinction and ecosystem change.”[11] One of these invasive species is the Feral goat. By the removal of this species, the conservationist achieved “unprecedented advance in the ability to reverse biodiversity impacts by invasive species [Feral goats].”[12] This method, deemed successful, would however be rejected by compassionate conservationists for the harm of Feral goats, as they were removed by a variety of hunting methods. Focusing conservation solely on individual species in areas of poverty with various cultural and physical hardships is immensely problematic and only further marginalizes those suffering. Conservation is deemed more successful when based on a grounding that acknowledges the absolute issues for each region, which would favour the welfare of the entirety of biodiversity and surrounding nature.  In conclusion, each scenario and the management decisions made to address them would result in a mixture of positive and negative outcomes for different species within a given ecosystem so it is difficult to explicitly say the outcome is entirely positive or negative.

Wildlife agencies, following traditional conservation practices have tended to support culling and killing of predators and large carnivores in order to protect and promote their conservation goals. The use of lethal means for conservation, means the traditional support for things like big game hunting and wildlife kills or hunts to raise awareness or money for land and animal reserves. Such practices have the concept that as long as a species or population is being preserved or protected, individuals can be sacrificed which promotes killing as normative[13]. Traditional conservation practices could include the desire to remove invasive species from an ecosystem or to try to protect a regional or national goal to bring back indigenous species or to protect them from competition from invaders. Such examples would be the removal of wild donkeys or feral pigs by killing them off and trying to return to a previous ecological balance in the environment where they have begun to dominate. This type of focus on finding solutions by removing or culling species is exactly what bothers those who are concerned that all existence matters whether it is a charismatic species or not; and whether the species is invasive or not. There is a compassion or ethic that they feel is lacking in traditional conservation and they are known as Compassionate Conservationists.

Compassionate conservationists seek to avoid the use of lethal means[14] and most are against any kind of killing though some think it might be acceptable if there is no other solution. Many hold the view that novel ecosystems might represent the new adaptations to a radically changed biosphere and therefore should be embraced and we need to be more open minded to them. Thus, they would argue for the promotion of a new reality rather than the one followed by traditional conservation which sometimes gets them criticism for being out of touch with the reality of traditional conservation needs and actions. Traditional conservationists say that compassionate conservationists have a blind spot to animals themselves and are too caught up in the tide of current obsessions with things like the welfare of farm animals; pets being promoted as though they too were citizens, or wild animals as actual beings like humans that share fundamental aspects of inner life. In response to such criticism, some compassionate conservationists are willing to admit that while there may be limits to compassion; they might even accept that there may be times when killing is necessary and they are not so naive as to think that all suffering in nature can be avoided.[15] Therefore, they would not interfere with sick animals or try to end predation, they definitely stand on the side of being compassionate in the sense that all unnecessary human caused harm must stop and it is only possible to do if humans develop emotion as a source of moral understanding and become morally serious about their actions in nature. In so keeping, compassionate conservation has 4 basic tenets: Individuals matter, Inclusivity of individual animals, Peaceful co-existence of humans and animals, Do no harm.[16]

In other words, they call for a revolution in the recognition of animal sentience and they criticize traditional conservation’s tendency to focus on species and populations without considering the underlying well-being of individual animals and the ethical issues involved around protecting and safeguarding all of earth’s biodiversity while keeping this commitment to treating individuals with respect for their well being. They are very dismayed by the practices of killing some animals to protect others so, for them, getting rid of invasive species to protect local species or killing one species to save another is not what they promote. Particularly repugnant for compassionate conservation is the idea that humans kill individual animals in order to promote their own fishing, hunting, farming, or other activities because that does not follow the basic tenet of living in peaceful coexistence with animals .

Note: Before writing your wiki article on the UBC Wiki, it may be helpful to review the tips in Wikipedia: Writing better articles.[17]