Tarana Burke, the founder of the #Metoo movement

Tarana Burke, an African American women who has experienced first hand what it felt like to be sexually assaulted, founded the #Metoo movement in efforts to help women (especially women of colour) who had survived sexual violence[1]. More than a decade later, she watched #Metoo become an internet phenomenon with celebrities and victims of sexual assault come forward with their stories and speak up about the sexual abuse they had experienced [1].  The #Metoo movement is an international movement against sexual assault. All over the world, women have started using the hashtag “Metoo” to come forward with their stories about sexual assault and rape in hopes of demonstrating the sexual violence that is still very much present in today's society as well as letting other victims know that they are not alone. Before this movement, sexual assault wasn't as widely talked about and many stories and instances were swept under the rug which in turn, made sexual assault an easy thing to get away with and something that seemed un-evident in today’s world. Furthermore, the movement has been made in hopes of raising awareness, providing victims with the resources necessary for healing, as well as advocating changes to laws and policies.

The movement began to become viral in late October 2017 and since then has been responsible for outing many powerful men and women in hollywood that seemed to think that they can easily get away with such heinous crimes solely based on the amount of money and fame and power they had. Actress Alyssa Milano was one of the first celebrities who helped popularize the #Metoo movement by tweeting “If you’ve been sexually harassed or assaulted write ‘me too’ as a reply to this tweet.” on October, 15, 2017 in efforts giving  people get a sense of the magnitude of this problem [2]. After Harvey Weinstein’s case about the sexual assault, and rape of a large number of women, this movement gave many women the courage to come forward  with their stories and soon enough, sexual allegations started to arise about the following as well as more than 263 other celebrities, politicians, and/or CEO’s[3]:

Ameer Vann:  Multiple allegations stating he has been verbally abusive, emotionally manipulative as well as has sex with underage girls[3].

Nicholas Nixon: Multiple of his former students have alleged that he has made inappropriate comments, sent inappropriate emails and asked them to pose nude[3].

Allison Mack: She has been charged with sex trafficking due to allegations that she recruited women to become “slaves”[3]. Tarana Burke and other strong women protesting at the #metoo movement march.

The #Metoo conversation has become international with women all over the world using hashtags that translate to #Metoo in their own language. In the wake of #Metoo, women in countries including India, China, France, Japan, Italy and much more have opened up conversations about the necessary change in cultural norms, language, and workplace that needs to be eradicated. According to the World Health Organization, one in every three women have been sexually assaulted[1]. This movement has allowed for many women to not feel alone and has empowered women to speak up, create a change and make it clear that sexual assault is not okay and will not be tolerated anymore. According to the Women’s Media Center, the #Metoo movement has increased the number of articles published on sexual assault by 52 percent [4]. Moreover, the #Metoo movement has been successful on its purpose to raise awareness about sexual violence and depict a more realistic image of the presence of sexual assault in our current society. A study by the Pew Research Center found that #Metoo has been used more than 19 million times (just on twitter) averaging at about 55,000 uses of the hashtag per day[5]. This speaks to the impact the movement has had as well as the presence of sexual violence that is still evident in today’s world. Clearly, making a change in current laws and policies is necessary in order to decrease the presence of sexual violence. Tarana Burke has suggested that we re-examine local school policies, improve the vetting of teachers, update sexual harassment policies, as well as remove the requirement that staffers of the federal government in the United States go through a “cooling off” period before being able to file a complaint against a congressperson. She also believes that teachers need to educate kids to report predatory behaviour immediately [6]. 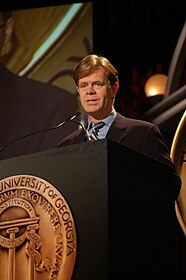 Unfortunately, with the rise of sexual assault allegations, there has also been a rise in speculation of false allegations towards powerful men in the media. The #Himtoo became popularly used after sexual assault allegations were raised during Brett Kavanaugh nomination to the U.S. Supreme Court. Many of Brett Kavanaugh’s fans believed that the women who came forward with allegations were doing so to leverage money and therefore started using #Himtoo to talk about fake sexual assault allegations towards powerful men. Initially, when the movement became well-known many men seemed to be struggling with the process of adjusting to the cultural change that the #Metoo movement was bringing[7]. An example includes William H. Macy that stated in January of 2018, that “It’s hard to be a man these days” and that many men feel like they’re “under attack” in the #Metoo movement era. However, he later faced backlash with others stating “Men are not ‘under attack’, unless you think it's an ‘attack’ when a bully is called out , stopped and given his comeuppance”[2][8]. The #Metoo Movement has also created a change for men as well. According to the National Sexual Violence Resource Center, one in six men have experienced sexual abuse at one point in their lives and have never spoken up about it[9]. Moreover the #Metoo movement has given men the platform to speak about their experiences with sexual assault as well as support other women who have experienced sexual violence. According to a study done my Fawcett Society, a charity in the United Kingdom that campaigns for gender equality and women's rights, fifty-eight percent of men who were aware and had been following the #Metoo movement  in the 18-34 age group reported that they would be more likely to speak up against sexual harassment. However, when it came to men above the age of 55 years who were less aware of #Metoo, only 24 percent said they would report inappropriate behaviour[10]. This speaks to the positive impact that the movement is having as well as the change it is making.

The #Metoo movement has made sexual assault and rape an open conversation allowing both men and women to feel more comfortable about coming forward with their stories which has led to bigger conversations about creating a change and making a difference. The movement was initially created to raise awareness, make women feel like they’re not alone as well as make a change and it has been very successful in meeting its purpose. Yet, sexual assault sadly continues to exist in our society and is an ongoing conversation as Tarana Burke states, the #Metoo movement is “beyond a hashtag. It’s the start of a larger conversation and a movement for radical community healing” [1]. Therefore, the bravery of men and women is still very necessary in order to raise awareness, provide victims with the resources necessary for healing, as well as advocate changes to laws and policies so join the movement and start a conversation with #Metoo [1][7].