Course:CONS200/2020/Biomimicry in urban design: the key to urban biodiversity conservation? 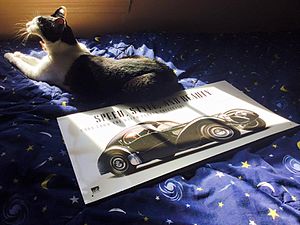 Biomimicry is an engineering technology that study structure, function and working principle of organisms, and then transplant these principles to scientific research.[1] Invent instruments, devices and machines with superior performance and create new technologies. From the birth and development of biomimicry, to just a few decades now, its research results have been very impressive. The advent of biomimicry has opened up a unique technological development path, that is, the way to obtain blueprints from the biological world. It has greatly broadened people's horizons and displayed extremely strong vitality. There are many interesting inventions created by biomimicry. For example, according to the ability of recognizing colors by the human eye, scientists have invented a machine that recognizes the quality of apples for the classification, and scientists invented a drilling machine that can automatically replace the drill bit by studying the hadrosaurs's teeth[2]. Human beings are facing intensified environmental problems and biodiversity reduction. In order to alleviate and solve such problems, human beings have used various methods, biomimetic technology is one of them. Biomimicry can be a powerful design tool if well thought out in the context of clear environmental sustainability performance goals.[3]How designers use bionics in urban design? Whether bionics is effective in protecting biodiversity?Is it the key to protecting biodiversity in urban design?

Important of biodiversity in city

The impact of biodiversity on people in cities:

The impact of biodiversity on people work out similar way as people impact biodiversity. The biodiversity loss impact people in many way like increased climate changes, decreased resilience to changes, and reduced quality or quantity of ecosystem services. Studies have shown that urban biodiversity has obvious effects: human physical health, human mental health, social and cultural health, and The economy is healthy and stable.[5]

Recent studies have shown that if critical thresholds are exceeded in ecosystems, biodiversity loss and certain ecosystem services may collapse, and the impact on humans may be severe, which may include widespread social unrest, economic unrest, and extensive loss of life.[6]Therefore, protecting urban biodiversity is crucial.

Increasing of population and regulation are forcing human to consider about environmental sustainability when we used the resources. Since the impact of climate change and other environmental issues became significant, in the past few years the objectives of human or businesses have shift to green product innovation. Biomimicry is one of the eco-design tools that is green product innovation also can be sustainable development. Biomimicry can be simply defined as apply the biological processes, patterns to our technology and it will make this new technology environmentally friendly and sustainable. Biomimicry was used on many things that around us, from a single building to an aircraft. Human is learning the successful of animal’s structure and use it on our technology and it works out very well. For example, The Bullet Train (500 Series Shinkansen) in Japan provides a higher speed, faster service to attract people use community transportation instead of driving own car in order to reduce the pollution. Also, the bird-like shape of the train can reduce the noise when train pass through the tunnel. There is more example around us that we can find out during our daily life as increasing of energy demand in the future the biomimicry product will become more important to environment sustainability.[3] The bionic tower in Shanghai that will build in future

In China, they are planning to build a “Bionic Tower” in Shanghai. The tower will be the tallest building in the world at 300 floors. The design that use of biomimicry not just the building itself, the foundation is Inspired by the biological structure as well. The design team use the new widespread network of anchorage that is similar to tree roots instead of the traditional foundation. The new widespread network could increase the ability of building to against the extreme natural disaster like earthquake and strong wind. Also, due to the strong new foundation system the building can provides a large living space on the small amount of land required just about (166 m x 133 m). This could be helpful to the conservation of biodiversity in our modern world since we don’t need to develop more land because of population expansion and destroyed the natural habitat of the wild living animals.[7] The Bullitt Center in Seattle

Due to global warming the temperatures around the world increase significantly around the world. Air conditioner is the first thing that we think could cool the building or house down. However, it could only make the case worse because air conditioner is one of the reasons that cause global warming. Prvin Bhiwapurkar, a professor of architecture at University of Cincinnati and biologist Daphne Fecheyr- Lippens took the idea from two heat and humidity resilient animals which is the African reed frog and the Hercules beetle, both species are able to change their skin layer corresponding to the temperature and humidity changes. Bhiwapurkar and Fecheyr-Lippens finds out around 66 percent of air-conditioning energy can be save if the building were outfitted with a heat reflecting exterior like African reed frog and the Hercules beetle.[8] Biomimicry is the key to urban biodiversity

Bionics is multidisciplinary cooperation and multidisciplinary technology. Bionics has been widely accepted since Janine Benyus proposed it in 1997.[9] With the advent of 2000, the human world entered the fourth industrial revolution.[10] Bionics has attracted worldwide attention because it imitates and defines natural structures and functions to achieve sustainable development.[11]

In recent years, bionics has been widely used in various fields. Especially in urban design, it becomes particularly important. “A synergistic response: ecological regeneration through urban design” is the idea that came up by Pedersen in 2018.[12] The idea is to combine different design concepts to achieve a neutral impact on the environment while building the city.[12] As shown in Figure 1. Through the bionics design to achieve the purpose of urban sustainability, the city will eventually be built into an ecosystem that is similar to nature, in such a situation to maintain the maximum ecological diversity. And finally, achieve the purpose of protecting urban biodiversity. Figure 2. Diversity of organisms that have inspired the biomimicry approach ranging from the basic structural, functional and biological unit (cells) to humans. Reference: Elena, L. L. (2014). Product and technology innovation: What can biomimicry inspire? Biotechnology Advances. 32. 8. pp, 1494-1505. Retrieved from: https://www-sciencedirect-com.ezproxy.library.ubc.ca/science/article/pii/S0734975014001517?via%3Dihub

It is worth mentioning that when bionics supports urban biodiversity, biodiversity will also inspire innovation in bionics.[13] The data research illustrates the development of biodiversity that inspires bionics. The figure shows the most inspiring species for various applications.[13] As shown in Figure 2.

Bionics has been practically applied in urban design and has made efforts to increase urban biodiversity. In the are of dynamic optical materials,[13] there is an example like nature engineers took inspiration from the UV reflective strands of spider webs and created a bird-safe glass. In nature, birds can see identify these reflective strands and avoid them. [14] Because each year 100 million birds die every year after crashing into glass windows, doors and so on.[14]  For Birds, it's almost impossible to identify the transparent surface of the glass.[14] This can a real example that how biomimicry is used in urban design to protect urban biodiversity conservation.[14]

With the idea of Biomimicry urban design, there are various advantages we can get.

The technology and knowledge required for bionic design are rarely accessible to existing architectural designers. Even scientific researchers are still building the theoretical foundation. So before we can actually use bionic design on a large scale, we still need a lot of technology and theory to develop. Another question is whether the green concept of bionic design can be accepted by the public. Most North American families currently prefer single family house with a private garden.It need time to transform their ideas and accept the bionic design.

The technology and knowledge required for bionic design are rarely accessible to existing architectural designers. Even scientific researchers are still building the theoretical foundation. So before we can actually use bionic design on a large scale, we still need a lot of technology and theory to develop. Another question is whether the green concept of bionic design can be accepted by the public. Most North American families currently prefer single family house with a private garden.It need time to transform their ideas and accept the bionic design.

In the coming decades, people will face a wide range of changes, and the task of protecting biodiversity will be more arduous. The application of bionics will be considerable in the future and the bionic technology will be innovative.Humans could respond to ecosystem degradation and biodiversity loss by simulating or mimicking ecosystem as part of regenerative design. Designers build the built environment to restore the function of ecosystem and its ability of healthy development, so that people would solve the problem of continuous degradation of biodiversity.[16]