The influx of interactive whiteboards (IWBs) into many classrooms has afforded the teacher the opportunity to engage students in new ways. The use of virtual manipulatives, whether projected up on the IWB or a students' own computer, can assist students in their learning (Reimer & Moyer 2005; Steen, Brooks & Lyon 2006; Olympiou, Zacharia & Papaevripidou, 2008; Mendiburo & Hasselbring, 2011;) and will be examined in the following entry.

What is a Virtual Manipulative? 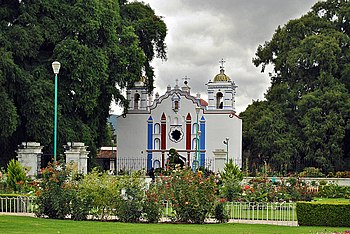 The term virtual manipulative is used to indicate “…an interactive, Web-based visual representation of a dynamic object that presents opportunities for constructing mathematical knowledge” (Moyer, Bolyard, & Spikell, 2002, p. 373). Interestingly enough, this term is not universally used by educators or developers as some simply refer to virtual manipulatives as interactive web applets. Specific developers have also coined their own names for virtual manipulatives by designing their Web sites around these original names. Examples of this are JOMA’s Mathlets, Washington State University’s Wazzu Widgets, or Explore Learning’s Gizmos (Young, 2006).

Suggestions for Classroom Use

Student-directed use involves students having access to their own computer and using the virtual manipulatives at their own pace and desire. Students can choose which manipulatives they see as being helpful for a problem they are given. It is very likely that with student-centered use the choice of manipulatives and how they are used will vary from student to student. With the student-centered approach, teachers may have to initially give some direction and instruction on how to navigate around and use the website that hosts the virtual manipulative applets.

Clements and McMillen (1996, as cited in Durmus & Karakirik, 2006) encourage teachers to consider the following recommendations before implementing virtual manipulatives in any classroom:

This is one of the more common websites for virtual manipulatives. Created and maintained by Utah State University (through funding by the National Science Foundation), the site is easy to navigate around in as you start by selecting a grade level and content area. You are then given a list of suggested virtual manipulatives to work with that align with that particular grade and content.

In conjunction with the previous site mentioned, Utah State University has created a website where teachers can customize many of the virtual manipulatives available on the NLVM's original website. Registration is required but is free. Once logged on, teachers can customize the manipulatives for their own classroom use. Customizations can be saved and used again via the teacher's account.

Upon first glance, this website appears to be extremely basic. However, by selecting a grade, a work mat and then the manipulative you desire, it is quite powerful and easy to use, especially for students. The site also offers a basic drawing tool bar which includes options such as a timer, protractor and ruler. A print screen button also allows students to easily print what they have created in order to "show their work".

The NCTM (National Council of Teachers of Mathematics) has created this website of helpful virtual manipulatives. The website offers the typical virtual manipulatives in the Activities section. What is unique to this website is the Lessons area. Here, teachers can search a grade and math content area and appropriate lessons are available for the teacher. All lessons include the use of virtual mnaipulatives, but also come with printable blackline masters and a formal lesson plan for the teachers to follow (if so desired).

Potential benefits of using virtual manipulatives in a classroom are:

Despite the many benefits of virtual manipulatives, there are also some pitfalls that educators should be aware of:

Current Research on the Effectiveness of Virtual Manipulatives

These four research articles are only a sampling of the current research regarding the positive impact that virtual manipulative use can have in a classroom.