Teaching children problem solving techniques is an important goal of most education systems. Many parents choose to supplement their children’s learning with experiences outside of the everyday classroom. The Fifth Dimension is an environment in which participants interact with peers, mentors, and the Wizard. Essentially participants learn and develop skills while taking part in puzzles, problem solving and games. 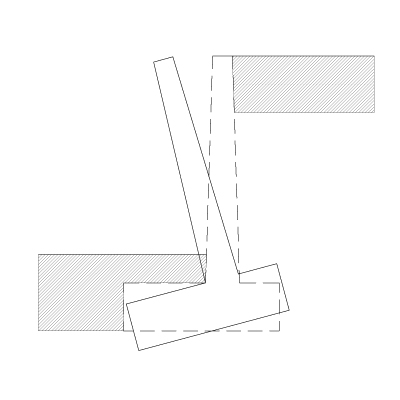 The Fifth Dimension or 5D is an after school enrichment program created by American cognitive psychologist Michael Cole in the 1980s that is modeled on social constructivist principles, in particular Lev Vygotsky’s “Zone of Proximal Development” which is identified as a guiding concept of the program on its website. Vygotsky emphasized the social role of learning and the zone of proximal development refers to the child’s current ability and what she can accomplish with the assistance of adults or more knowledgeable peers.

The 5D has been described as “construction zone” (Blanton. Greene. Cole. 1999. p1) between schoolwork and homework, and the program emphasizes the use of tools—usually computers—and play in creating context based learning situations between children of different ages and participating adults.

It is a learning system that also incorporates cultural-historical activity theory and sociocultural psychology. The goal of a 5D program is to motivate students participation in education that is situated in everyday cultural activities. The play aspect of 5D is what makes it appealing to children while the learning aspect makes it appealing to parents/educators. Participation in 5D is voluntary so the content must be appealing enough for students to continue to take part and engage with their classmates and problems. 5D is usually run through a community organization that has a partnership with a local college or university. As they work on solving problems with their partner students develop higher level problem solving skills of their own. 5D attempts to provide learning opportunities for students while keeping them in their ZPD. This is accomplished by having skilled helpers such as university students help the students along. The goal of 5D is to increase students social and cognitive development through a virtual environment and build relationships with peers and college students.

How the Fifth Dimension Works

The environment that the students work inside is called the maze. It is a series of connected rooms each of which has several activities, most of which are educational computer games or strategic/math games. Once a participant enters the maze they choose an activity from the room they are in. There are also different difficulty levels for the activities. Students are given a task card which indicates how to play the game or activity. Task cards should not only indicate how a game is played but encourage students to think critically about the activity. The task cards also contain directions for beginners, intermediates, and expert students. Task cards often include an assignment to reflect on why or how they might play the game differently. This is an example of a task card for a game called "BattleChess". Depending on how the maze is set up students usually cannot move from one room to the next until they have completed the activities in that room.

The college student is called the “Wizards Assistant” and they accompany the child and help them as little as is needed for them to be successful in their activities. The wizards assistant is the one who is most responsible for keeping a student working within their ZPD. Often the roles are reversed as the student helps the wizards assistant learn new technological skills and tricks of the 5D environment. If a student completes the maze at a sufficient difficulty level they can be promoted to a “Young Wizards Assistant” and take on a roll similar to a wizards assistant.

There is also a character called “The Wizard” to whom the children write letters and ask hints. The wizard can also provide students with special activities. Students are told that the wizard took control of 5D because adults couldn’t handle running it. The wizard is the one who provides all the games, mediates disputes, and provides hints and strategies. Students can contact the wizard through email or occasionally via live chatting. The Wizard is important in leveling the power between the students and the adults involved. Adults do not confront students with problems since all problems are brought to the Wizard and dealt with by him. Students are also told that the Wizard is occasionally neglectful and is to blame for breakdowns and problems with their 5D environment.

• Technology is seen as a tool, not a subject
• The Wizard is the authority figure, not the teacher
• Built in allowance for flexibility and change
• Internally determined goals
• Students can adopt new roles as they progress

• Active learning, often with a partner
• Multiple opportunities to engage in problem solving
• Integration of problem solving and writing skills
• Learning is often mediated by a peer

Benefits of the Fifth Dimension

Many researchers have shown that learning cannot be considered independently of the setting in which it takes place; it is a situated process (Lalueza, Bria, Crespo, Sanchez, & Luque, 2004). Michael Cole designed 5D to be culturally sensitive and relevant. The artifacts included in any given 5D environment are chosen by educators from that region (Lalueza et al., 2004).

Before enrolling their children in Fifth Dimension many parents would like to know what the benefits are. Does the Fifth Dimension Work? Mayer et. al. found that there was an increase in participants computer literacy, comprehension skills, problem solving skills and academic skills (Mayer, Quilici, Moreno, Duran, Woodbridge, Simon, Sanchez & Lavezzo 1997).