Situated cognition (a.k.a. situated learning) is a theory that suggests learning is “naturally tied to authentic activity, context, and culture” (Brown, Collins, & Duguid, 1989). Also, this theory suggests that it is more difficult to learn from un-natural activities. For example, learning one’s first language or a foreign language by immersion is widely held to be easier than learning languages from textbooks and vocabulary lists.

Jean Lave is often credited with starting the situated cognition movement. He believes that most learning occurs naturally through cultures, contexts, and activities; and that schools often restrict learning by providing unsituated contexts and applications (Oliver, 1999). Situated learning examples include more “apprentice-like” situations such as carpenters, mechanics, printers, and sculptors (Oliver, 1999)

If we are trying to think of a situated approach for teaching our school courses, we can think about how our skill or trade was taught before there were universities. Chances are that the skills were taught by way of apprentice-like situations. Architects learned to design by working with master architects. Physicians learned to operate by watching and assisting other physicians. As teachers, we have experienced situated learning by successfully completing our teaching practicum under the supervision of our teacher sponsor(s). We can create effective learning experiences for our students in this manner, too.

Lev Vygotsky supported apprentice-like coaching by believing that the acquirement of tasks should be situated in “zones of proximal development” just beyond what a student can accomplish alone, but not to a level of impossibility; and that there needs to be an utilization of peer and teacher scaffolding in order to reach appropriate levels of understanding and engagement (Oliver, 1999).

Etienne Wenger presents his premise behind the basics of situated cognition theory as follows:

1. We are social beings. Far from being trivially true, this fact is a central aspect of learning.

2. Knowledge is a matter of competence with respect to valued enterprises, such as singing in tune, discovering scientific facts, fixing machines, writing poetry, being convivial, growing up as a boy or a girl, and so forth.

3. Knowing is a matter of participating in the pursuit of such enterprises, that is, of active engagement in the world.

Implications of Situated Cognition for Instruction

Situated cognition or learning signals a significant shift in thinking similar to the shift to cognitivism from behaviourism. According to Wenger (1998), he argues that education should be addressed in terms of identities and modes of belonging (p.263). "From this perspective," he stated, "we need to think of education not merely in terms of an initial period of socialization into a culture, but more fundamentally in terms of rhythms by which communities and individuals continually renew themselves" (p. 263).

Cognitive Apprenticeship is a model that provides practical steps to effectively using the situated learning theory. The steps consist of having the teacher consider expert-like strategies of the skill/task/application; the teacher designing scaffolding activities that promote students to apply strategies; the activities situated or geared toward a relevant outcome/goal; and the teacher model the strategies and coach the student to grasp them successfully (Oliver, 1999)

An example of cognitive apprenticeship is reciprocal teaching (Palinscar & Brown, 1984). In that study, the teacher models expert reading strategies such as making predictions, formulating questions, clarifying uncertain phrases/new vocabulary, and verbally summarizing text. Next, the teacher coaches and scaffolds students to use strategies correctly as they take turns applying them. At the end, the teacher’s consistent guiding fades as the students become proficient in reading comprehension (Oliver, 1999). 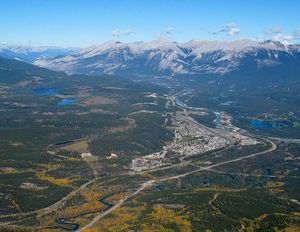 The Adventure of Jasper Woodbury, courtesy of http://peabody.vanderbilt.edu/projects/funded/jasper/Jasperhome.html

Introduced by the Technology Group at Vanderbilt, the idea of achored instruction serves as a means of implementing the conditions of situated learning. They proposed that an information-rich videodisk environment could provide a situated context for solving complex and realistics problems. They offered the example of the program The Jasper Woodbury Problem Solving Series,a series of video videos that require the learner to solve mathematical problems in a more realistic context. The videos afford instant replay, rewind, and greater motivation to seek the answers through critical thinking and reflection.

Critics say that although the videos allow one to place themselves in the characters position, the learner are observers as oppose to active participants, which is contrary to the principles expressed by Wenger. In defense, the activities place the learners in job-like experiences without bearing the responsibilities (Driscoll, 2005, p.176).

When a classroom becomes a learning community, the social sturcture transforms into one in which the teacher and learners work collaboratively to achieve important goals, goals that may well have been established jointly. According to the researchers (Brown et al., 1993; Pea, 1993b in Driscoll, 2005 p.177), learning communities typically emphasize districuted expertise which refers to the idea that students come to the learning task with different interests and experiences and are provided the opportunity within the community to learn different things. According to Bereiter (1997), "the situated learning that [occurs] is learning how to functioin in a community of practice whose work is work with knowledge" (p.298)

An example of a learning community is CSILE, Computer Supported Intentional Learning Environment which affords students with a means of engagement by focusing on a problem that can be resolved collaboratively through building a communal database of information pertaining to a problem (Driscoll, 2005). Another example of a learning community is a wiki or a knowledge forum where many individuals or groups can contribute to a specific topic of interest.

Adapted by McLennan (1993) and originally proposed by Collins (1990), the three step models aims to diagnosis or analyze the progress of learner and adapt or customize the methods, sequencing, and other conditions of learning to meet the emergent needs of the learns in real time (McLennan, 1993, p.39, in Driscoll, 2005, p. 179). Mclennan suggests that over a school term, learners may utilize a confidential email to the address four topics to the teacher:

1. Their own, individual leraning (What are their personal goals for learning? Are they leaerning what they hoped? Are they having any problems that I might assist them in remedying?)

2. The learning of their collaborative group (How is the group functioning? Are there problems that I might help the group to solve?)

3. The learning of the class as a community (How is the class functioning overall? Are there any adjustments that should be made in the collective goal that the class is seeking to achieve?)

4. Suggestions for improvement (What can be implemented immediately that will improve the learning of the individual, group, or class?)

Through this process, the teacher is able to assess and adapt learning conditions to alter strategies to achieve prescribe outcomes (Driscoll, 2005, p.179).

Clancey, W.J. (1995) A tutorial on situated learning. Proceedings of the International Conference on Computers and Education (Taiwan) Self, J. (Ed.) Charlottesville, VA: AACE. 49-70, 1995.