Diversity is a classroom asset.

Multiliteracies applies the concept of literacy to various forms of language, and multiple modes of expression in response to rapid global change.

Multiliteracies and the New London Group

The New London Group (NLG) met in 1994 to consider the answer to questions about the appropriate education for persons, given changes taking place in work, civic and personal worlds. Their response [1] took the form of a manifesto, in which they coined the term multiliteracies and outlined a pedagogy for multiliteracies education. They argued for an expanded view of education for literacy, and proposed a curriculum and method for multiliteracies pedagogy.

The “Literacy” in Multiliteracies

Traditionally, literacy and numeracy were considered to be the basics of education, and basic literacy meant the ability to read and write Standard English.

The questions that the NLG met to address are “What is appropriate education for women, for indigenous peoples, for immigrants who do not speak the national language, for speakers of non-standard dialects? What is appropriate for all in the context of the ever more critical factors of local diversity and global connectedness?” Their answer is that basic literacy education must be supplemented for persons living in this time of radical global change, and that new basics are required to prepare for work, civic and personal life.

The “Multi” in Multiliteracies

There are two senses in which the multiliteracies promoted by NLG are multiple:

For a person to be considered literate in this age of multiliteracies, they have to be able to move freely between different forms of language, and different modes of expression.

The NLG addressed three major questions about a pedagogy for multiliteracies: “why is it necessary?”, “what is the curriculum?” and “what are the teaching methods?”

The New London Group begins by asking what an appropriate education for all members of society is. The answer to this question necessarily addresses what the purpose of education is. They considered the purpose in three major areas: education for work, education for civic life and education for private life, and found that education for each of these must change in response to technological change and the global economy. 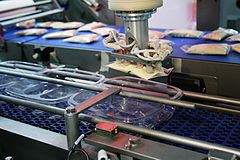 The old image of work is the factory, designed for mass production of manufactured objects, and requiring an unskilled workforce. With the development of PostFordism, the new world of work is the knowledge economy, requiring flexible, multi-skilled workers. The goal of the multiliteracies pedagogy is help students develop skills they need for participation in the new work-world, and also to help them develop the capacity to engage critically with the conditions of work and society.

The NLG found parallel changes taking place in the world of civic and personal life, where citizenship diversity is a valued resource and people are members of multiple, overlapping communities.

Kalantzis and Cope [2] (members of the New London Group) noted the role of education in society. "Education always creates ‘kinds of persons’. The old basics were about that: people who learnt rules and obeyed them; people who would take answers to the world rather than regard the world as many problems-to-be-solved; and people who carried ‘correct’ things in their heads rather than flexible and collaborative learners. The new basics are clearly things which set out to shape new ‘kinds of persons’, persons better adapted to the kind of world we live in now and the world of the near future."

What is the Multiliteracies Curriculum?

The NLG proposed a multiliteracies education as a necessary supplement to a traditional education for literacy. In order to have a basis for understanding their proposed curriculum, it is helpful to outline what a traditional English literacy curriculum looks like. Traditionally, the purpose of literacy education is transmission of correct usage of the standard form of English, and the literate person is one who can read and write using this standard form. There are two aspects of literacy to master; students learn about the structure of English (grammar, spelling, paragraph/essay structure, etc), and students practice composition by reproducing conventional forms such as letters, essays, etc. We can sum up the outcome for literacy education by saying students learn to read and write.

The central concept of NLG’s multiliteracies pedagogy is Design, which has two meanings: the form or structure of, or the process of designing. We can think of these as analogous to the two aspects of literacy education. The outcome for multiliteracies education is that students can design (both produce and consume) new forms of texts which include linguistic, visual, audio, gesural, spatial and multimodal forms.

Design as Structure or Form

Students need to learn a functional grammar (a metalanguage) that describes how meaning is represented in various modes. The purpose is not to learn rules for correct usage, but to equip themselves with tools for understanding and support for analysis of Design variations. For example, the metalanguage of Linguistic Design includes such elements as Delivery, Vocabulary and Metaphor, Information Structure, Modality, etc.

The metalanguage of multiliteracies helps us answer questions about a particular Design: What is the purpose? And what is the point of view?

Design as a Process

The multiliteracy practitioner works in an iterative process:

The starting point of the Design process is Available Designs, which include the language variations of students for different social contexts and groups, and their various experiences, as well as the various grammars. The outcome of the Design process is a new meaning-making resource; this new resource is based on already available designs, however it is not a simple reproduction. Through the process of Designing, the designer is transformed; in this sense, meaning-makers re-create themselves, and design their futures.

What are the Multiliteracies Teaching Methods?

These four aspects are not sequential, but are essential elements of good teaching which must be integrated and transformed by each other.

For example, we can understand Gee’s [3] description of children learning to play a trading card game as an interplay between situated practice and overt instruction. "When young people learn Yu-Gi-Oh, no one just lets them muck around and “inquire” on their own; nor, of course, does anyone try to tell them all they need to know before they can play. Rather, learners enter a group that already contains lots of knowledge. The player is immersed in practice, but also guided and directed down certain paths and not others. Direct instruction is given “just in time” or “on demand”."

Cope and Kalantzis [4] provide an example of what a multiliteracies lesson looks like: "Here Fran Hodges is working with her Year 9 English class on video clips. She starts by presenting the students with the lyrics of a Toni Childs song. All the devices and conventions of poetry are to be found, as well as the specific conventions of song lyrics, such as a repeated chorus. Then she plays the CD. She asks what the music adds to the lyrics and how it does it. Then she plays the video clip. She asks how the imagery of the clip and gestures of the singer add to the meaning of the song. The students have now completed an analysis of the multimodal grammar of the song. Next, the students bring in their favourite songs. Situated Practice: students bring music they relate to in their own life experience and immerse themselves in the music of their friends. Overt Instruction: Fran works with the students as they develop a grammar which analyses the linguistic, audio and visual design of the songs and their video clips. Critical Framing: students compare the meanings and the cultures they represent—the song of the white woman (Toni Childs), rap, techno, house, reggae, heavy metal or whatever. Transformed Practice: the students write, perform and make a video clip for a song they have written themselves."
The music video lesson also provides an example of Available Designs (the Toni Childs CD and video, and the music students bring), Designing (analysis and framing) and the ReDesigned (the video clip produced by students).

Alexander [5]considers negotiating web 2.0 as an essential literacy, and concludes that students must develop a multilevel literacy, stating that “The literacy requirements [of the open Web] are very complex, shift rapidly, and require new skills that encompass a more worldly, public literacy.”

Project New Media Literacies is concerned with media literacy studies, and focuses on the skills students need in order to participate online by generating media content; they see a role for these new media literacies in all aspects of the educational curriculum.

Sanford and Madill [6] have found that operational literacy is developed by playing video games, and argue that the potential exists for addressing other facets of literacy, such as critical literacy.
“To non-video game players, staring at a video game screen may seem like numerous chaotic digital graphics, odd sound bites, and purposeless plot; yet the sophistication on the screen is impressive when awareness of the symbol system and background knowledge is enhanced. . . we argue that unless taught how to notice and critique the social values and assumptions in a game, video game players are mostly unaware of the broader social practices embedded in video game content and play.”

Multiliteracies in the classroom

Researchers and educators have found a role for multiliteracies education across the curriculum. For example, Duncum [7]challenges art educators to consider the interaction of pictures, music, voice and sound effects in creating meaning in the arts. He describes how students study available forms in order to learn skills needed to produce their own forms.

“For example, I have used a 30-second segment from the film Woman on Top that shows a man walking along a foreshore and coming up and engaging in a brief conversation with fishermen tending to their nets (Case & Torres, 2000). By watching this brief segment over and over again, students became aware of how the syncopated beat of the Latin American music connects to the movement of the waves in the background. They recognized how the wind plays upon the actors' hair and loose-fitting clothes, all echoing the central figure's sense of unease. Students saw how the relatively long opening shot set up and contrasted with the short cuts of the brief exchange between the men. In making their own films, students must consider all these factors: how to light a scene, how to edit, what music to use and at what pitch, what dialogue is necessary, what sound effects to use, and so on.”