Multi-User Virtual Environments (MUVEs) are environments that have been digitally created to allow users, through the use of avatars, to interact with each other and the digital environment. MUVEs can be seen as an extension of problem-based learning as MUVEs often present an ill-defined problem with many solutions. The difference is that MUVEs draws the student in by immersing them in the problem, thereby giving them a fuller learning experience (Dieterle & Clarke, in press).

The MUVEs were developed from Multi-User Domains (MUDs), which were primarily a textual environment that allowed users to play multi-user role-playing games over computer networks. Similarly, MUVEs have been used in a variety of familiar role-playing games such as Everquest and Doom. The specific difference between MUDs and MUVEs is that MUVEs are more visually rich, while its predecessor MUDs were mostly text-based. While MUVEs have already been used extensively to entertain in the computer gaming fields, educators soon realized that these environments could be developed for teaching (Dieterle & Clarke, in press).

A contributing theory for MUVEs is distributed cognition, which states that “knowledge and cognition is distributed across objects, individuals, artefacts, and tools in the environment” (Distributed Cognition, 2008). In a MUVE, the students can interact with various objects within the environment and, in some cases, other people. The complexity of the MUVE allows the students to fully immerse themselves, thereby giving them a deeper learning experience.

MUVEs also draw from experiential theory, which suggests that learners gain a deeper understanding of a complex subject by cycling through the following four steps:

While this theory is often practiced through internships, role-playing and simulations (Jarmon et al., 2009; Kolb, 1984), the MUVEs can provide a safe environment that students can experiment in.

Components of constructivist theory include scaffolding, experimentation, and collaboration. All of these aforementioned aspects of constructivist learning are incorporated into MUVEs. An example of a collaborative space is shown in Figure 1 below. Another crucial component of constructivist theory is reflection. While this may not be a part of the MUVE itself, it is a crucial classroom activity that is utilized in conjunction with MUVEs. Reflection activities help to cement the learning experience by having students look back on their MUVE experience to examine what they learned and how they would do things differently in future (Ketelhut et al., 2010; Rogers, 2010).

Figure 1 - An example of a collaborative space used in the Active Worlds MUVE (Dickey, 2005)

Ketelhut et al. (2010) studied River City, a MUVE that was used to teach inquiry based learning in biology. This MUVE was centered in a 19th century city that consisted of different neighbourhoods, industries, institutions and terrains. The city was undergoing a disease outbreak and it is the student’s task to discover its origin. The students interacted with the virtual environment through the use of avatars. The MUVE was also designed to allow the students to interact with each other, computer-based agents and digital objects (see Figure 2). Through their interaction with the virtual environment, they make observations, gather data and propose experiments (Ketelhut, 2007; Ketelhut et al., 2010). 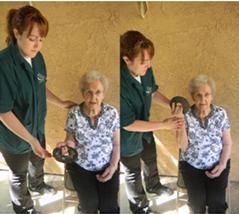 Critical Life, which uses the Second Life platform, is a MUVE that allows student nurses to practice their clinical skills. Students collaborate with one another to determine the best course of action to take for a simulated patient. Depending on the course of action taken, there is an appropriate effect on the simulated patient. Through the use of this simulation, students were able to practice and gain confidence in their clinical skills. In addition, through the collaborative nature of the program, students were able to learn from each other and build on each other’s strengths (Rogers, 2010).

As MUVEs are designed to give students problems with multiple paths to the solution and they work to engage students at a higher learning level, standardized tests do not effectively assess the pedagogical benefits of MUVEs. Other performance-based assessments, such as proposals or final reports seem to better assess the learning that occurs with MUVEs (Ketelhut et al., 2010).

While MUVEs may provide an innovative learning experience for students, there are many issues to consider when implementing it into a classroom.

There are many costs associated with the development of MUVEs. Both educational professionals and software programmers are needed for the development of a MUVE. In addition, to develop a MUVE that provides an effective learning experience, substantial time and money is also needed. Once the MUVEs have been developed, they need to be appropriately implemented in the classroom. To assist with this, many of the MUVEs available do offer professional development, to show teachers how to incorporate scaffolding, collaborative, discussion and reflection activities. In addition to the professional development, adequate networks and appropriate technological infrastructure would also be needed to appropriately implement the MUVE into the classroom.

As with any technology that is being incorporated into the classroom, it is important to see if the MUVE adequately meets the learning goals. Furthermore, teachers need to be aware that extra classroom time will be needed as the students need to be taught on how to appropriately use and interact with the MUVE. In addition, as they do require a little more teaching time and professional development, it is important to determine if the benefits outweigh the time and resources spent on implementing the MUVE in the classroom. For instance, if a fairly simple concept can be quickly taught using traditional methods, a complex system such as MUVE may not be needed (Lim et al., 2006). While MUVEs may not be the best application to teach simple concepts, they can be used to teach complex subjects that are traditionally taught through role-playing, apprenticeships and internships.

MUVEs can assist with improving self-efficacy. While self-efficacy may not be easily assessed in classroom settings, it is a crucial part of student learning (Ketelhut, 2007; Ketelhut et al., 2010; Rogers, 2010). In this day and age of standardized testing and curriculum standards, self-efficacy is often an overlooked, but nonetheless important part of the student learning experience.

The MUVEs also provide an environment that immerses the student in a specific role and task. This higher level engagement of the MUVE not only sustains the interest of the students, but also encourages the student to become an explorer and experimenter. Through this engagement, they move beyond the confined learning offered by many textbook activities and into an expansive realm of learning where they are free to explore, innovate and experiment.

4. Productive failure in inquiry learning in a multi-user virutal environment (Article on a MUVE in development

3. Quest Atlantis - Introduction to the MUVE and Interviews with researchers, students, teachers

6. Second Life - Use in Simulations