File:Eva'sAvatar 001.png
Still Image of an Avatar on a Virtual Film Set (in Second Life)

Machinima is a portmanteau of the words “machine” and “cinema” and is at its basic level defined as “animated filmmaking within a real-time virtual 3D environment,” (Marino, 2004, p.1). For an example of one of the most renowned machinima productions, watch the short film, The French Democracyby Alex Chan. This machinima film was created using a simulation game called The Movies.

The production of machinima requires the machinimator to use screen-capture software to record the visuals and audio of a virtual world, such as Second Life, or a the world of a video game. In order to "film", the machinimator must manipulate the point of view of his/her avatar within the virtual world. While there is no camera to manipulate, it is possible to alter the shot sizes and movements with a mouse. Essentially, the mouse functions as a camera or lens, and the screen-capture software represents the film stock or videotape. Upon completing the recording/filming process, the machinimator can edit the shots into a film sequence, using any non-linear editing software, such as Final Cut Pro, Avid, Premiere Pro or iMovie.

Machinima was born in the gaming world, where gamers who wanted to showcase their skills, originated the practice of recording their actions within a game. Game companies quickly followed this trend and eventually "game-based demo recording" was used to allow the players to demonstrate their skills, (Nitsche, 2005, p.3). "Machinima is a born-digital, adolescent medium. It is reasonable to affirm that the birth occurred in 1996...," (Lowood, 2013). Of key authorities on Machinima, Henry Lowood is one, who co-edited the book, The Machinima Reader and recently wrote the preface for the newly released, Understanding Machinima: Essays on Filmmaking in Virtual Worlds, edited by Jenna Ng, (2013). As this text demonstrates, machinima is growing, evolving and blending boundaries of the art form, technology and educational medium.

In considering the prospect of teaching filmmaking (or other subjects) online and virtually, it is vital to consider our educational context, most often referred to as the 21st century ‘Knowledge Age’. “Knowledge has become the principal component of today’s economy…The use of the Internet for collaborative knowledge creation is the basis of the Knowledge Age and a new theory of learning with relevant pedagogies and technologies must respond to this new reality,” (Harasim, 2012, p. 80). Machinima is as a well-suited tool and approach for learning today since, "the interdisciplinary and collaborative making of machinima was intended to support the students’ development of digital literacy skills and understandings relevant to their disciplines. As an interdisciplinary participatory media practice...machinima can encourage a fruitful collaboration across multiple disciplines...," (Brown & Holtmeier, 2013).

Applicable frameworks and learning theories to support the use of machinima as a mode of teaching filmmaking online include constructivism and Linda Harasim's Online Collaborative Learning Theory (OCL). In Everything I Need to Know about Filmmaking I Learned from Playing Video Games: The Educational Promise of Machinima, Matthew Payne argues that using machinima to teach filmmaking is conducive with the constructivist learning theory, because in fact, we learn by doing and “playing” (p. 243, 247).

There are six phases of filmmaking and these phases are taught in the following order in traditional 'in-residence' film production programs.

Phase 1: Development - this phase entails the early developments of the project. The students are taught about proposals, pitching, the legals requirements of a project, the writing of the screenplay occurs, budgets and financial plans are drafted, any key crew members are attached to the project. The project is green-lit in this phase and the production moves forward.

Phase 2: Pre-Production - is the preparation phase of the project, where the key crew hires their department team-members. Also taking places is casting, scheduling, further budgeting, purchasing of all materials, planning, meetings, building/construction of sets, discussions around the creative and logistical.

Phase 3: Production- entails the actual producing of the project. During this stage all the preparations are put into place and the project is being filmed. All crew members are working collaboratively on set, to capture the film as planned. There is a strict protocol on a film set, which ensures that the film is captured in a timely manner and that all elements are ready at the correct moment. This phase has been compared to a military operation. View a visual depiction of the anatomy of a crew on set.

Phase 4: Post-Production - is the editing of picture, sound and visual effects upon the completion of production. The picture editor and their team is in charge of assembling the footage into a rough cut and eventually a fine cut, with the collaboration of the director.

Phase 5: Distribution - is the process whereby the film is disseminated and 'distributed' to different festivals and broadcasters. This can be done by the producer or a sales agent, who will sell the film to distributors in different territories. In the case of short student films, distribution usually entails the student sending the film to film festivals. In some cases, a student film will be picked up a by short film distributor, who will sell the film on the producer's behalf. 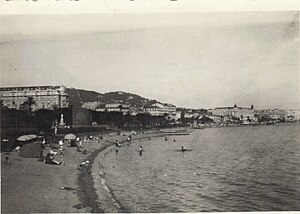 Phase 6: Exhibition - is the actual showing of the film through various windows. Typically, the first window is theatrical, where the film receives a public viewing in a theatre. In the case of student films, this is usually the final screening at their institution. Following this, the film would be screened at film festivals, then possibly broadcast or pay-per-view through the Internet, and eventually free on Youtube or other channels to garner publicity.

A relatively new process of filmmaking, Machinima, can be seen as an ideal way to teach filmmaking online and virtually. The machinima mode of production is an ideal replication of the essential components of traditional film production education, specifically, interdisciplinary collaboration, planning, and teamwork. Until the invention of machinima, the proposal of teaching filmmaking (a highly practical and hands-on art and craft) online and virtually, was seemingly impossible.

There are unique differences between teaching filmmaking in the traditional mode from teaching it virtually, using machinima. The benefits of teaching filmmaking virtually include the significant lower cost, the relatively similar opportunity for creative collaboration as live action, and the democratized access (since there is no need for expensive equipment or even tuition in some cases). The pitfalls of learning filmmaking virtually using machinima are that it is not the same as being on a real set with actual equipment and therefore it does not represent accurate training in certain respects. There is also no direction of actors' 'real' emotions (since actors are avatars).

My Avatar and Me (trailer)

Machinima can be used by students as a presentation medium in any subject area. Instead of creating a PowerPoint presentation, giving a speech, or creating a poster board, Machinima is another option available to students to communicate their learning to their instructors. Good differentiation of product allows students choice of their presentation medium. Keeping the RAFTS technique (Santa, 1988) of differentiation of product in mind, Machinima allows the student access to a variety of combinations that would not otherwise be possible through traditional means. RAFTS is an acronym for Role, Audience, Format, Topic and Strong verb. Filming virtual actors allows the student to create a narrative of their learning.

The following table is by no means exhaustive and is meant to highlight the possibile scenarios that could be produced using Machinima.

It is the demonstration of the students understanding of the curriculum that is always the priorit, Machinima provides the opportunity for students to be creative with their presentation of their concept attainment. Differentiation of product is about choice, and now students have another option, they can script their responses, rehearse the timing, and film their production using virtual actors.

Instructors can also use Machinima to contextualize the learning for their students. Filmed scenes can be applied to many disciplines, for example: when contextualizing language instruction (South, 2008), to provide context when teaching law (Butler, 2012) or soft-skills development (Conkey, 2013). These vignettes can be uploaded and stored in an accessible location for students to view and review as they develop their understanding of the curriculum.