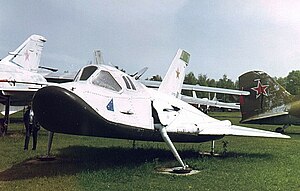 LOGO was developed by Seymour Papert and Wallace Feurzeig in 1967 at the M.I.T. Artificial Intelligence lab. Papert had previously worked with Piaget and was a strong proponent of the constructionist theory of education. LOGO was his solution to combining constructionist learning theory with the rising interest in computers. LOGO is a programming language that allowed the programmer to move a ‘turtle’, the name given to both a robotic creature that could be programmed to move in a defined pattern around the floor, and a computer screen cursor that would draw graphic lines on screen. Sticking to the constructionist learning theory, LOGO has the ability to allow very young children to program the computer and draw simple designs, or to allow more experienced users to construct complex patterns.

With the increased use of personal computers in the late 1970s and 1980s, the use of LOGO became more popular and widespread. This popularity was fueled in part by the publication of Papert’s book Mindstorms, which further pushed the combination of computers and LOGO with constructionist learning. The use of LOGO went into decline in the 1990s but in recent years LOGO has undergone a new wave of interest sparked by the introduction of Lego Mindstorms. Lego Mindstorms allows someone to build robotic objects using Lego programmable bricks, then use computer software to control the movement of the objects. Both the robots and the programming can become quite complicated, thereby reflecting the original constructionist learning ideas behind the original LOGO.

How does it work?

Using LOGO is the art of creating a series of commands to teach a "turtle with a pen tied to his tail" (Wired 2007) to navigate about the screen drawing as he goes. Commands are entered one of two ways. Commands can be entered as stand alone orders ordering the turtle about step by step or more commonly by writing a script of several commands allowing the turtle to create the drawing time and time again. In LOGO there are about 200 commands and operations. The most important and well used of these commands are: forward, right or left (turn), pen up/down, and repeat. It is the repeat command that gives LOGO its true power and takes it far beyond simple drawings. Repeat 180 [forward 1 right 1], for example, creates a circle.

Orders are kept simple and are easy for students to remember.

Why Bother Teaching It?

While LOGO might seem antiquated (the program is over 30 years old) it still contains many powerful learning applications. It also has over 160 different versions each of which has its strengths and particular uses.

While the old Apple IICs may have gone the way of the dinosaurs LOGO is still around, and best of all it is free. Many think back to LOGO as a drawing made up of a series of lines that look like a 5 year old did them with a ruler and a pencil. Color was limited to 16 colors, if the user was lucky enough to have anything other than a monochrome screen. Now students and artists are able to create Turtle Art in a myriad of colors and designs.

The LOGO/LEGO system is the perfect way to bring constructionist learning to the classroom. This combination of Lego building blocks and the LOGO programming language appeals to a wide age group and can be easily introduced to children as young as kindergarten. The system works through the use of Lego programmable pieces. The student constructs these pieces in a variety of ways to build a robot. Each robot will include gears and servo motors to allow movement. Once the robot is built the student must then use the LOGO programming software to design the program that will make it work. By doing this the student takes ownership of the project. Rather than repeat an experiment someone else has designed, each of these experiments is individual to the student. As experience and ability grows the designs of the robots and the programming involved grows too. In using this system the student must think for him/herself deciding how the project can be improved and more importantly, troubleshooting problems with the design.

The great thing about teaching using LOGO is the number of excellent and free LOGO emulators which exist on line.

Forward 40 What became of the LOGO Programing Language. Retrieved February 28, 2009 from http://blog.wired.com/wiredscience/2007/10/forward-40-wher.html