Among the many mutually beneficial relationships that can develop between countries are trade, diplomatic, and education. Distance education, defined by the Canadian Association for Distance Education as “an educational practice promoting a learning process that brings knowledge closer to the learner...“ (Office of Learning Technologies, 1991) has grown in popularity for many reasons: classes can be taken on the student’s own time (Sweet, 1991), the need to travel to a location is eliminated, and courses at institutions in other countries, with worldwide experts, many be made available. Technology has facilitated this development in particular, but with it comes certain challenges and design considerations for use in global implementation.

Prior to the advent of communication technology, distance education was limited to young men or women sent by their families to other countries to learn, often to return with that knowledge to serve the community from which they came (http://www.uni-oldenburg.de/zef/cde/found/holmbg95.htm). Distance education was also carried out through the use of the Postal system. As early as 1728,The Boston Gazette carried this announcement in their March 20 issue: 'Caleb Phillipps, Teacher of the New Method of Short Hand' advertises that any 'Persons in the Country desirous to Learn this Art, may by having the several Lessons sent weekly to them, be as perfectly instructed as those that live in Boston' (Battenberg 1971, p.44, cited by Holmberg, 1995). In the old Swedish university city of Lund, an English weekly, 'Lunds Weckoblad', (No.30), published in 1833 announced in issue number 30 to : “Ladies and Gentlemen' an opportunity to study 'Composition through the medium of the Post' (Baath 1980. p. 13 and Baath 1985, p.62, cited by Holmberg, 1995). In 1840, Isaac Pitman devised a postcard package for his the principles of his shorthand methods, and sent these to students. The subjects of transcription were short passages of the Bible, which were then sent back to him for correction.

In 1890, a newspaperman named Thomas J. Foster , the editor of The Mining Herald offered an extended version of an instructional column he was writing on the prevention of mining accidents (http://www.icslearn.ca/our_history.html). He developed his distance-learning method in order to help anthracite coal miners become mine superintendents and foremen. The miners could work their shifts, then study by candlelight at home, so they could acquire the engineering knowledge needed to earn promotions.

By 1894, the International Correspondence School was enrolling students in Mexico, British America, and Australia. It is still in existence today. 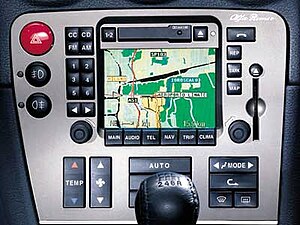 Kathleen Scales , cited in Sweet (1991), in 1983 proposed a classification of distance education formats, according to the type of interaction provided:

Kaufman (1989), cited in Sweet (1991), refers to typology in terms of "generations", differentiated by the degree of learner autonomy, of dialogue between and among student and instructor, and teaching of higher level thinking skills. Moore (1991) referred to interactivity as dialogue, and considered “What determines the success of distance teaching is the extent to which the institution and the individual instructor are able to provide the appropriate opportunity for, and quality of, dialogue between teacher and learner, as well as appropriately structured learning materials.” Media and the technology that supports it, is therefore an important consideration in that it enhances that dialogue.

Developing countries such as those in the Caribbean have embraced distance education as Universities are grappling with the issue of retaining more of their best graduates rather than losing them to graduate schools abroad. "With the tremendous increase in distance education programmes, some Jamaican students are finding it more convenient, and cheaper to remain at home and buy an overseas distance or off-shore degree, rather than go overseas to study." (Hickling-Hudson,2000). These programmes are mainly offered through interaction with a travelling professor or type 6.

Social constructivism theory was developed by Lev Vygotsky, a Russian cognitive psychologist (1978). Vygotsky argued that learning was not simply a product of assimilation and accomodation, as Piaget proclaimed (1999), but occured between learners and within a social context. Furthering the social factor, Lave and Wenger (Smith, 2003) put forth the phrase "Community of Practice" to connote a social learning model operating on this principle. These developments give great support for the use of technology in learning: as the use of various media increases the ability of students and teachers to interact, so does the potential for an enriched learning environment increase. There is some evidence, in fact, to suggest that computer conferencing skills do reinforce Kaufman's "third generation" criterion-that of critical thinking skills (Sweet, 1991).

The widespread use of electronic learning technologies lagged behind these learning theories, though. Early computer based instructional packages were primarily the products of large-scale hardware architectures and so not generally available to the public (http://en.wikipedia.org/wiki/History_of_virtual_learning_environments). It was not until the birth of the internet, and the universal availability of the world wide web, that synchronous learning environments were accessible.

The emergence of Web 2.0 tools such as Wikis, Blogs and synchronous chat modules was a welcome addition. They serve to increase the transparency of the learning process and the frequency of interactivity, and thus engagement. All of these developments served to reduce the gap in completion rates between F2F & online learning programs as well, although there is much discussion on whether there is a significant difference between the two modes (http://www.nosignificantdifference.org/)

It is important to recognize, however, that technology is not exclusively related to computers and the internet. It also involves the use of teleconferencing, videoconferencing, radio, television, postal correspondence and on- campus classes to bring lectures, readings, emails, chat rooms, workshops and other modes of delivery to students. Some programmes use a blended approach to distance education with a combination of online and face to face.

“The knowledge economy is by its very nature global. On the one hand, advances in productivity are based increasingly on knowledge and learning, and since knowledge, once disclosed can spread much more easily around the world than can physical capital or people, the economy becomes more global because its key resource is global. On the other hand, no country has a monopoly on discovery and innovation, so all countries benefit when new knowledge is internationally shared.” (Paul Davenport, President, University of Western Ontario, 2002)

A number of studies indicate that culture remains an important consideration in international distance learning. Students from other cultures may perceive aspects of distance learning differently and as such, instructional designers need to be aware of these differences.

In a study of graduate students, Morse (2003) found that in asynchronous discussions, graduate students from high context (for example, many Asian cultures) cultures struggled in the beginning with the technological differences found in asynchronous learning as well as lack of context in the environment they were to communicate in. Although perceptions of the benefits of this type of environment were similar for the high and low context students, the level of comfort didn't exist for high context students. As such, asynchronous learning environments may not be best suited for students from high context cultures.

In addition to differing perceptions about the tools that distance learning uses, other studies find that different cultures also perceive the learning theories that dominate distance learning differently. Valcke, Zhu & Schellens found significant differences between how Belgian and Chinese students perceived a constructivist e-learning environment. The Belgian students were far more comfortable in the constructivist environment, with the Chinese students being observed to participate less in group discussions and activities requiring critical thinking. The researchers concluded that this was due to fundamental differences in "regard to their epistemological beliefs, conceptions of learning, motivation and learning strategies". Anakwe, Kessler & Christensen (1999)also found that "individualists" - those from cultures that encourage independence of thought and action had a better attitude towards using technology for education than did "collectivists".

Finally, there is the question of culturally-appropriate content in distance learning. Wong (2007) suggests that there are two major threats posed by globalized distance education: that it is dominated by the English language and that it has a Western cultural bias. In order to avoid this form of "cultural imperialism" he suggested adapting or "jointly redeveloping the course for cross-cultural delivery with the original overseas provider", possibly in the local language. While this option is not always simple, it may pay off by creating a culturally-relevant course without having to reinvent the wheel, so to speak.

These differences speak volumes about the pitfalls that must be avoided when designing technologically-supported distance learning for international audiences. Instructional designers must be careful to avoid making assumptions of cultural similarity when there is any number of areas of difference between cultures. There may not be any simple answers when it comes to designing a curriculum for a globalized learning environment, but with these considerations in the back of one's mind, the end result is more likely to be universal.

Distance Education in the Future

If the past or the present gives any indication of the future, then the rapid pace at which distance education has evolved will certainly continue into the 21st century. There are two significant factors that will drastically change the future of distance education. These include “Generation Y – the Mellenials” and technological advancements.

There has been tremendous growth in the number of students participating in distance education. Statistics from the US department of education revealed that in the years 2000 – 2001 student enrollments in post secondary distance education programmes stood at 3,077,000. Experts predict that this figure is will increase by around 19%, to 18.2 million by 2013. A significant contributing factor to this expected growth is the “Millennials or Generation Y” children born from 1982 - 2000 (Howe and Strauss). These learners are a diverse group of individuals that are hyper communicators and multitaskers (Pugh, 2009). These are serious technology users; they spend on average one hour per day online. These users are highly technologically savvy and thus will opt for distance education in the proliferation of methods that will exist.

Technological advancements will significantly chance the distance education landscape. The future will see the rise of many web based constructivist learning environments, phenomenaria (Perkins, 1991) or microworlds (Rieber, 1996; Papert 1980). Learners will be provided with a myriad of real world environments to actively engage in the learning process, through the use of web based technologies. Learning management systems will evolve to meet all the needs of learners. Technologies such as digital paper, holographic keyboards, organic computing, ubiquitous computing, data warehousing, voice, video and data convergence, knowledge navigation, open systems, and The Evernet will dominate distance education and learning.

For a visually designed artifact on the topic, go to http://youtu.be/2OvesIItxj8 (by Tariq R Butt, 2015)

Hickling-Hudson, A. (2000) Universities in the Commonwealth Caribbean. In Nelly Stromquist and Karen Monkman(eds.),Globalization and Education. Integration and Contestation across Cultures. New York: Rowman and Littlefield Publishers, Inc.