This page was originally authored by Chantal Drolet, Kelly Kerrigan and Rhonda Kalyn, January 2009. This page was rewritten by Christie Robertson, June 2011

Originally, literacy in schools was designed for the societal context of the industrial revolution. It was necessary to train and separate the middle management from the labour class because this was how industry worked. This is defined as Old Capitalism (The New London Group, 1996; Gee, 2002).

Today’s society is vastly different, in which employees are no longer meant to just take orders and do as instructed. Instead they are expected to use critical thinking and problem solving skills to tackle complex issues in collaboration with their peers. This is defined as New/Fast Capitalism (The New London Group, 1996; Gee, 2002).

In this new world, schools must teach children how to use critical thinking and problem solving in order to prepare them for the ever changing workforce; therefore, educators’ approaches to literacy must also change. In Old Capitalism higher intelligence was defined as the ability to read and write text for abstract knowledge, not contextual knowledge (Gee, 2002). The shifting social environment is changing how we view literacy. Literacy is now multiliteracies and “negotiating the multiple linguistic and cultural differences in our society is central to the pragmatics of the working, civic and private lives of students” (The New London Group, 1996, p. 60). Educators need to prepare children for a workforce that will include situations that do not exist yet by instructing them in multiliteracies.

File:New London Group Wordle.png
A word cloud, made using wordle.net, that represents the key ideas in the article A pedagogy of multiliteracies: Designing social futures

Multimodal literacies: a combination of two or more of the first five

The Impact of Culture

File:Girls at comp in library.jpg
Two girls at a computer in the library.

Literacy is not just learned at school. Students bring with them experience and knowledge of literacy from their home and culture. Different backgrounds and perceptions lead to different interpretations of texts based on values and societal tensions (Pearson & Raphael, 1999). The New London Group (1996) asks how can we ensure differences in background are not barriers to literacy learning? Pahl and Rowsell (2006) suggest, “drawing on children’s identities and interests, and allowing a space for them to grow and develop that is at once, embedded and inclusive” (p. 129). Harste (2003) maintains educators must honor home-based literacy or risk excluding learners. At minimum, educators need to accept that not all students will make meaning in the same way when they read the same text.

Along with home-based literacy, there is a changing social context that is challenging curriculum design. These changes include the following: new family structures; gender, ethic and racial identities; diversity and globalization; and publishers and corporations having power over education (Shaker, 2001). It is important to consider how these changes can affect student learning. One answer may be to consider literacy learning as socio-cultural, which is complemented by social-constructivism (Katsarou, 2009). Providing students with student-centered environment that supports collaboration and inquiry could aid in meaning making. Furthermore, “Stone (1993) [claims] that the potential for learning within the zone of proximal development [is] not dependent on fixed attributes of the learner, but rather [varies] as a function of interpersonal relationships and interaction between participants” (Cumming-Potvin, 2008, p 488). In other words, designing the learning environment to not only accept, but collaboratively explore different ways of understanding will assist in literacy.

The Impact of Digital Texts 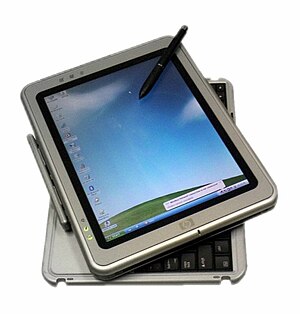 We cannot ignore that technological advances and new media has affected how we view literacy. The New London Group (1996) posits two arguments: (1) New media is reshaping how we use language; therefore, there cannot be one set of standards that constitute literacy learning; and (2) effective citizenship and productive work now require that we interact effectively using multiple languages, multiple English and communication patterns (p 64). With this in mind, educators need to ask how should multiliteracy curricula be designed so it considers recent societal shifts and changes in learners.

Students need to be immersed in learning. When immersed in learning, students use previous experience to build on language learning (Pahl & Rowsell, 2006). This will allow first-hand experience in meaning making in context. While immersion is important, we cannot expect to learn everything just because we use it every day. For example, knowing how to speak does not make us linguists (The New London Group, 1996). Students must also be guided in their learning through overt instruction.

Overt instruction aids situated learning. Teachers support students through scaffolding (The New London Group, 1996; Pahl & Rowsell, 2006; Unsworth, 2008). Overt instruction, however, is often misrepresented as drill and practice. It is not just direct teaching, but rather helping students understand ‘how’ they are learning (Pahl & Rowsell, 2006). Understanding how one learns is an essential step to increasing critical thinking skills through critical framing.

At this point, students view their learning in relation to its context (The New London Group, 1996). Put more simply, it is often easier to critique and question one’s knowledge when removing it from its context. Pahl & Rowsell (2006) suggest teachers have students interpret or question why something works the way it does. Harste (2003) believes it is essential to provide “opportunities for students to explore their own inquiry questions using reading, writing and other sign systems as tools and toys for learning…to reposition themselves, gather information, change perspectives, re-theorize issues, and take thoughtful new social action” (p. 11). This critical questioning by students leads to transformative practice (Unsworth, 2008) and an understanding of how context and background plays a role in their comprehension.

Once students become aware of how context influences their learning the “theory becomes reflective practice” (The New London Group, 1996, p. 87). Students can now reflect on what they have learned in the first three stages and use it in new contexts. Unsworth (2008) points out student practice may be individual or collaborative. Regardless, awareness of the role of context guides students when they are faced with new situations (Pahl & Rowsell, 2006).

A Pedagogy of Multiliteracies: Designing Social Futures:[1]: A link to the article by The New London Group, who are responsible for the keyword multiliteracies.

The Multiliteracies Project[2]: A Canadian project that researches teaching practices and pedagogy as it relates to multiliteracy and preparing children for the literacy challenges of the diverse world.

Multiliteracy [3]: The wikipedia entry on multiliteracies

New Literacies and Classroom Practice [4]: A website with research into multiliteracies and teacher resources.

Sir Ken Robinson: Changing Education Paradigms [5]: A video of Sir Ken Robinson’s TED Talk. He discusses the role of identity and culture in education. As well, he reviews the influence of the industrial revolution on the current model of education (Old Capitalism) and how this needs to change with our new intellectual model (New Capitalism).

Ted-Ed [7]: A place for members of the TED-ED brain trust to upload their own videos. There is a section for videos on language and literacy:

21st Century Literacy Lesson (Blog) [8]: The blog of H. Moorman, a literacy instructor and Dean of Instruction for English and Social Studies at the International School of the Americas. She discusses literacy and learning as it relates to web 2.0.

Katsarou, E. (2009) A multiliteracy intervention in a contemporary “mono-literacy” school in Greece. The International Journal of Learning.16 (5), 55-65.