Computer-assisted language learning, or CALL, refers to the use of computers and related technologies to enhance language learning and expand opportunities for instruction. As new digital technologies, such as tablets, cell phones, and other mobile devices are developed, new affordances of CALL must be examined for their effectiveness in language instruction and learning. 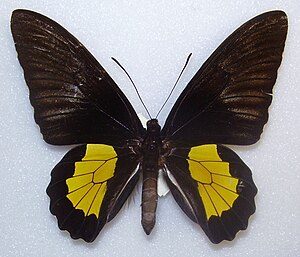 The 1950s framed the direction of computer-assisted learning applications in education. Initially, computer applications for educational purposes centered on disciplines other than language learning, such as science and social studies. However, the widespread acceptance of B.F. Skinner’s behaviourist theory of learning through response to stimuli (1957) and support for the audio-lingual method of second language instruction led to an increased interest in the use of computers for language teaching.

The history of CALL encompasses three phases, behaviouristic, communicative, and integrative (Warschauer, 1996). The behaviouristic phase coincides with Skinner’s work in the1950s and continued into the 1970s. Because repetition and response to stimuli are major tenets of behaviourism, CALL programs of this area focused on repetitive drills and practice, allowing students to learn at their own pace, with the computer acting as a mechanical tutor, continuously repeating drills (Rahimpour, 2011).

During the behaviourist era, the language laboratory became a dominant technical device for second language learning because it provided increased opportunities for students to hear and repeat language, important facets of the audio-lingual method of language instruction. In 1960, PLATO (Programmed Logic for Automated Teaching Operations) was developed and primarily focused on vocabulary and grammar drill exercises. During this era, technology continued to support behaviourist methodology, as illustrated by Lorge (1964) who praised language labs as places where, “imitative practice could be recorded, judged, erased, re-recorded, to the point of learning” (Salaberry, 2001, p.43).

In the early 1970s, the TICCIT (Time-Shared, Computer Controlled Information Television) combined capabilities of television and computers to teach grammar, spelling, and writing skills to second language learners, again mainly in drill form. However, by the late 1970s the effectiveness of audio-lingualism and language laboratories were discounted on the basis that students weren’t able to interact meaningfully with pre-recorded tapes; thus inhibiting rather than enhancing student performance (Salaberry, 2001).

The communicative era of CALL began in the late 1970s and coincided with the research of Stephen Krashen (1982)on language acquisition as a natural, communicative process, rather than a function of repetition and drills. In 1984, John Underwood, a strong proponent of the communicative approach, developed the following guidelines for communicative CALL:

(In Underwood’s study as cited in Warschauer, 1996)

New CALL programs were developed to support the communicative approach, focusing less on drills and more on text reconstruction,language games (Healy and Johnson, 1995) and programs to stimulate language use in class discussions, writing assignments, and critical thinking tasks (Warschaur, 1996). During this time, the focus shifted from what learners did with the computer to how they worked with one another while at the computer. However, despite these communicative and interactive advancements in CALL, computer-mediated language learning was fragmented and did not address major aspects of language acquisition (Rahimpour, 2011), such as spontaneous oral production, pronunciation, effective guided writing and, development of reading skills.

In the early 90s, computer-mediated communication (CMC) revolutionized the use of technology for language instruction by enabling students to communicate directly with individual or groups of language learners, both asynchronously through email or synchronously through instant messaging (Warschaur, 1996). Researchers noted that the language generated in chat room environments bore a strong resemblance to the type of language generated in oral conversation (Payne and Ross, 2005), reducing the barrier to realistic online communication between learners. Other studies of the effects of CMC on oral proficiency have reported positive results in several areas of language acquisition, especially in language production, a key component of communicative competence.

In the late 1990s the development of CD-ROMs, increased access to the Internet, and the advent of multi-media computers enabled further development of integrative CALL by facilitating language learning through text, sound, graphics, and video. Two major benefits of this interaction are increased learner control of what, when, and how they learn and students have immediate access to content and cultural information they previously could not access (Haase and Bouchard, 2012). This widespread access to authentic materials, including newspapers, magazines, videos, TV and radio broadcasts, has greatly increased the potential language learning opportunities available, both individually and in classrooms.

Although most CALL applications were originally text-based, development of multi-media audio and video resources have increased how CALL can address both productive (speaking) and receptive (listening) skills. For example, ESL websites such as Randall’s ESL Cyber Listening Lab provide multi-level listening texts, pre and post listening tasks, vocabulary expansion exercises, and webquests to find information related to the text. Listening is scaffolded with a script of the dialogue, and learners complete and receive feedback on a comprehension quiz.

Podcasts give second language learners access to authentic texts to improve listening comprehension and build vocabulary. Warschauer and Liaw (2011) describe ESLpod.com, a collection of hundreds of thematically organized audio files and a learning guide containing the listening script, a glossary of new vocabulary, and comprehension questions, allowing learners to work independently and at their own pace. In addition to language instruction sites, many news and entertainment websites provide podcasts of recent stories, which language learners can access to improve their listening skills.

Technology has also expanded second language speaking options. For example, audio capture tools such as Audacity allow learners to record their voice and analyse their production for errors in syntax, pronunciation, and mechanics. Warschauer and Liaw (2011) explain how EnglishCentral.com uses video and speech recognition technology to improve pronunciation and speaking skills. Learners watch clips accompanied by the written text, which they can click on for pronunciation and vocabulary help. They can also record the lines from the clip and compare their utterances to that of the native speaker.

CALL also provides second language learners opportunities to practice their reading and writing skills. During the communicative CALL era, this practice came in the form of reading texts with comprehension questions, text reconstruction exercises, and fill in the blank grammar activities that differed little from traditional pen and paper exercises. However, advancements in integrative CALL and Web 2.0 technology have enabled interactive tools such as blogs and wikis.

Second language learners can exploit the interactive and collaborative aspects of posting, responding, and receiving feedback on blogs to improve their reading and writing skills. Other classroom applications of blogs include creating an online magazine of students’ submissions, follow-up writing assignments based on in-class lessons, writing an online diary, and discussing current events with classmates or other bloggers (Markaki, 2009).

The benefits of using wikis for collaborative reading and writing include the low learning curve and high capacity for quickly engaging in knowledge construction, critical thinking, and contextual learning (West and West, 2009). The authors point out two advantages of wikis over blogs. First, blogs are usually maintained by one person, while maintenance of wikis is distributed among all contributors. Second, blog posts cannot be edited by readers, while wiki content is open to editing by contributing members. These two distinctions are important as they provide learners with additional writing practice while commenting on and revising content.

Classroom applications of wikis include collaborative research projects, error correction tasks, debates, resource banks, annotated bibliographies, and timelines. (West and West, 2009). Many of these projects are aimed at higher level ESL learners, but Warschauer and Liaw (2011) point out that Simple English Wikipedia can be used for lower level learners because articles are shorter, grammar and vocabulary are reduced, and fewer idioms and slang terms are used.

Adapted from Herrell and Jordan (2008), the following are recommendations for implementing technology and multimedia in a CALL classroom:

Hirschheim, Whitehall, and Smithson (1990) outline additional considerations for using CALL in the classroom:

CALL offers the language learner diverse opportunities for language learning. When combined with the Internet, learners can access resources and language contexts previously unattainable. The following studies have been conducted on CALL in the language classroom.

Frommer (1998) notes that when used appropriately, computers can provide meaningful contexts for language learning and understanding of the culture in which the target language is used. He also recommends the use of computers for language instruction because it offers an interactive learning experience during which learners gain access to authentic texts, engage in e-mail conversations, and learn about the host culture. Finally, Frommer states that CALL allows students to assume responsibility for their own learning.

Cubillos (1998) reiterates similar benefits by describing how CALL facilitates vocabulary learning, supports reading and writing development, and increases students’ awareness of language structure through error-feedback programs. Cubillos stresses that some computer-based language resources are more effective for instructional purposes than others, so evaluation of the resource and its pedagogical merit should be undertaken prior to using any CALL resource.

The Future of CALL

Chinnery believes Mobile Assisted Language Learning (MALL) has potential for improving language skills, with the caution that mobile devices are instructional tools, and “the effective use of any tool in language learning requires the thoughtful application of second language pedagogy” (Chinnery, 2006, p. 9). In their overview of MALL, Kukulska-Hulme and Shield (2008) report that cell phones are the mobile device most commonly used for language instruction. As a typical example, Chinnery cites a study done by Thornton and Hauser in which instructors emailed vocabulary exercises to the cell phones of university ESL students three times a day. The results indicated the students receiving the exercises by cell phone learned twice as many words as those studying on the web and their scores improved almost twice as much as those completing paper-based exercises (Thornton and Hauser, 2005).

Despite the apparent success of this activity, it’s indicative of the current shortcomings of MALL reported by Kukulska-Hulme and Shield (2008) who found most MALL language tasks are print-based one-way content delivery from instructor to student and don’t take full advantage of the listening and speaking affordances of cell phones. In addition, the vocabulary lessons were to be completed on set days and times, negating the freedom to study anywhere and anytime, an important aspect of successful MALL.

These factors remain issues in Kim and Kwon’s (2012) analysis of smart applications for MALL, which found a strong focus on vocabulary exercises, drills, recall, and comprehension, promoting individual, not social, construction of knowledge. Reminiscent of behaviouristic CALL, many applications focused on language form and audio-lingual instruction, while collaborative applications such as social networking and podcasting weren’t often used. Therefore, the authors suggest that future applications should provide more collaborative and situated learning tasks. Finally, they propose diversifying the language skills addressed and providing more opportunities for productive speaking and writing practice (Kim and Kwon, 2012).