MET:Bridging the Digital Divide in Education with Open Source Software

This page was developed by Keisha Edwards-Hamilton and Delphine Williams-Young February 2011.

Open Source Software (OSS) is an alternative version to "traditional" proprietary, closed source software. OSS features are just as feature rich, reliable, useful, and usable as their proprietary equivalents and are available for most common type of softwares used in education everyday. OSS is developed and improved through communal efforts of programmers who freely share the source code, which can then be used, modified and redistributed royalty free to the general public. Most OSS can be downloaded freely via the Internet. Open source software has no restrictions from the copyright holder regarding modification of the software’s internal instructions and its redistribution (Shelly et. al, 2010). It is free in every sense of the word meaning it is free to use, free to modify and free to distribute. The source code for open source software is shared under a general public license which allows users to download, redistribute, install and use the application on any number of computers freely.

According to Martin Campbell-Kelly (2001) “the idea of open source software goes back to the very dawn of computing, when mainframe computer was getting established in the 1950s.” During this era, the sale of the computer hardware meant that the software accompanied it with no additional/extra cost. Both source and object codes were given to customers.

Changes began to emerge in 1964, following the launch of IBM's System/360 computer. Owners of the new computers could not afford the services of software contractors. Software products were becoming more expensive. The demand for software products led to the creation of software firms. By the mid 1980’s source codes were no longer disclosed and software remained expensive.

It was the rapid development of the Internet in the early 1990s that led to another phenomenal change in software development. Campbell-Kelly (2008) observes that due to the inexpensive network access, the practice of having salaried programmers working together was no longer necessary. Programmers could now collaborate via the Internet. This resulted in the birth of Open Source community. Open Source Software emerged from this interaction and collaboration which is now providing cheaper software options by those seeking to to bridge the global digital divide, especially in educational spheres.

James (2001) opines that the single pervasive theme of the twenty-first century’, according to one observer, is the “digital divide” and whether it can be bridged. The digital divide is the gap which exists between those who have access to information communication technology and those who do not have access. Despite earlier studies by Miller, Schweingruber, & Bradenburg (2001), Kirk and Zander (2004), and Rutterfurd (2007) which suggests some narrowing of the digital divide recent studies are indicating that the narrowing has been rather slow and in some cases a widening has been evident.Chun-Yao Huang and Hau-Ning Chen (2010) Bass model diffusion research reveals that while the gap seems to be widening in some countries, it is widening in others.

Thus the debate about finding ways to bridge the global digital divide continues in earnest. James (2001) proffers that if the digital divide between rich and poor countries and schools is to diminish on any noticeable scale, not only should more low-versions of information technology be made accessible to developing countries but information about low-cost technology already in use should also be publicised.

Examples of open source softwares are being featured in many scholarly discussion as a key ingredient that will help in bridging the digital divide in education.

Bridging the Digital Divide in Education with Open Source Software 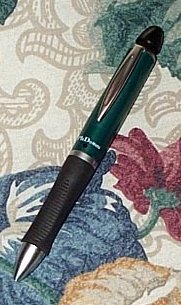 Education is one area where the digital divide is prominent. Many institutions have been making efforts to integrate technology, however, in many instances, these efforts are being hindered by the high cost of hardware and software and as a result creates a digital divide. The adoption of OSS is a viable option to resolve this issue. The following are some benefits that OSS offers which promises to help narrow the digital divide.

Save cost for schools

OSS can drive substantial cost savings for schools. Trotter (2004) cites that a growing number of cost-conscious schools are finding budget relief in open source software that can do everything from manage school web sites to equip classrooms for learning. Waring and Maddocks (2005) posits that one of the biggest attractions of OSS is the perceived availability at little or no cost and indeed even some of the highest-profile OSS programs are available to download freely from the Internet. This savings can be used to support other areas (such as purchasing hardware) that are important to successfully incorporate technology in schools and help to narrow the digital divide.

OSS lowers the cost of software by eliminating licensing fees which is one of the most expensive technology cost and a major contributing factor to the digital divide. Hepburn and Buley (2006) purports that open source systems now offer much of the same technological benefits without the added licensing cost. In a bid to narrow the digital divide, schools can adopt freely licensed open source software since its features and functions are basically the same as their proprietary counterparts.

Many schools are not able to provide the necessary software to adequately meet the needs of the school community due to high costs which contributes to the digital divide. Schools that choose to adopt open source software will be able to provide students and teachers with wider access to software since OSS cost nothing and thus help reduce the digital divide. Tong (2004) purports that open source equivalents are now becoming available for many of the applications commonly used in schools. Additionally, as technology continues to evolve, more open source offerings continuously emerge to facilitate teaching and learning. Waring and Maddocks (2005) cited that OSS is creating a competitive alternative to proprietary software and providing end-users with a wider range of software options which are continually under improvement. These packages compare favourably with many proprietary software that are commonly used to support teaching and learning. For example, to teach productivity tools, schools could use OpenOffice an open source alternative to Microsoft Office.

Rutherfurd, Jeremy (2007). Is the digital divide actually widening? Retrieved from [1]

Waring, T., and Maddocks, P. (2005). Open Source Software implementation in the UK public sector: Evidence from the field and implications for the future. International Journal of Information Management 25, 411–428.