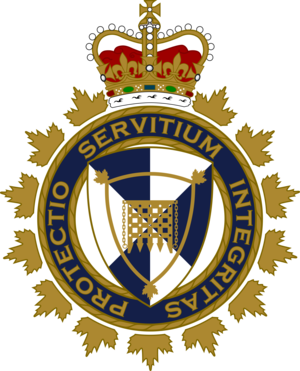 The badge of the Canadian Border Services Agency

The Canadian Border Services Agency (CBSA) is a federal institution in charge of overseeing the movement of people and goods across Canada's border.[1] This includes detaining those who cross the border without proper documentation, or in violation of certain laws.[2]

CBSA has the power to arrest, detain, or deport permanent residents or foreign nationals under various conditions. Arrests may take place when an individual is deemed a danger to the public, there is doubt that they will appear for an examination or hearing, they cannot prove their identity, or they are part of an "irregular arrival."[3]

Detentions may take place when officers feel it is necessary to perform an examination or believe the individual may be involved in criminal activity. They can also take place when an individual is deemed unlikely to appear for an immigration proceeding, unable to prove their identity to the satisfaction of the officer, or deemed a danger to the public.[3] Detentions must be reviewed by a CBSA officer within 48 hours of being issued, at which point the detained individual may or may not be released. Detentions which last longer than 48 hours are reviewed by The Immigration Refugee Board of Canada, which decides whether the individual may be released (with our without conditions) or remain in detention. Detention hearings are usually open to the public.[4]

Detained individuals are entitled to certain rights, including knowing the reason they are being detained, access to legal representation and their country's embassy and NGO's, access to an interpreter, medical attention, and the ability to practice religion.[4]

Canada's Immigration Holding Centres (IHCs) are located in Laval, Quebec, Toronto, Ontario, and Vancouver, British Columbia. In areas without IHCs and in Vancouver, for detainees of over 48 hours, detainees are instead sent to correctional facilities. This is also the case for any detainee deemed "high risk," even in areas with a local IHC.[4]

The reality of conditions inside detention facilities has been widely debated. Though the CBSA and various government officials have insisted on the liveability of IHCs - former Minister of Citizenship and Immigration, Jason Kenney, going as far as to suggest the facilities resemble hotels - many have spoken out with stories suggesting otherwise.[5][6] Some have compared them to prisons, citing ignored requests for medical treatment, solitary confinement, and rigid, prison-like schedules for meals and activities. [6]

Research shows that keeping asylum seekers without the proper documentation in IHCs or prisons serves to criminalize them in the eyes of the general public. There are few avenues for those seeking refugee status to enter the country with all their documentation already in order, and many are forced to use unconventional methods of entry in order to escape imminent and dangerous situations in their home countries. Treating them as criminals further stigmatizes refugees and asylum seekers and marginalizes them to the public.[6] 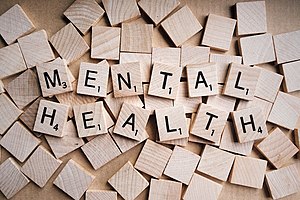 There is evidence of severe mental health impacts on those that remain in detention centres for elongated periods of times. A study done on immigrant detention centres in Australia suggests that detention can exacerbate pre-existing trauma and mental illness, particularly for those seeking refugee status, thanks in large part to prison-like conditions. Most asylum seekers flee their counties after experiencing trauma, which is compounded by their time in detention centres.[7]

A Canadian study goes ever further, providing evidence that even asylum seekers facing shorter detention periods (an average of 30 days) showed significantly higher levels of post traumatic stress, depression, and anxiety than asylum seekers who were not detained. This can be partially ascribed to feelings of shock, humiliation, and and isolation that come with the detention process.[8]

There has been a great deal of criticism levelled against CBSA in regards to immigrant detention. This has taken the form of news articles, editorials, research papers, evaluations, and community campaigns.

Lucía Vega Jiménez was an undocumented immigrant from Mexico detained at a correction facility who committed suicide while in CBSA custody on December 20th, 2013. She was denied a refugee claim in 2010 and applied for judicial review, but her application was dismissed. Returning to Vancouver once more, she was apprehended by Transit Police while at a SkyTrain station in Vancouver on December 1st, 2013. Jiménez failed to show identification, and upon hearing her accent, the Transit Police officer decided to report her to CBSA, who took her into custody. [9][10]

After an inquest into Jiménez's suicide, provoked by community pressure, it was revealed that Jiménez was not given the mental health support recommended by the nurse who attended to her. Testimonies were given suggesting she faced bullying and harassment at the correctional facility, and that she intended to file a Pre-Approval Risk Assessment to delay her deportation until it could be determined that it was safe for her to return to Mexico, but was actively discouraged by CBSA employees.[10] Finally, it was uncovered that the room check records from the morning Jiménez committed suicide were falsified, indicating that the room had been checked when it in fact hadn't.[11]

All of this information led to an influx of community pressure for reform of the CBSA's immigrant detention system. On campaign that emerged was the grassroots, community lead Transportation not Deportation campaign, which pushed for Transit Police in Vancouver to end their collaboration with and stop referring people to CBSA. The campaign succeeded, and the agreement was terminated.[12]

Protest against immigrant family separation in the U.S.

The Global Detention Project (GDP) is a non-profit organization that promotes transparency and advocacy around human rights for detained migrants across the world. Though the organization is based in Geneva, it maintains an up to date database of immigration detention policies and practices in various countries.[13]

The GDP is highly critical of Canada's immigration system, which they indicate is one of the only systems in the world which allows for detention up to twelve months with no judicial review, as well as no maximum time limits on detention. They indicate that though reforms have been made via the National Immigration Detention Framework, which has worked to improve some conditions, many prominent concerns remain unaddressed.[14]

Notably, the GDP has raised concern about the practice of placing children in detention along with their parents. The website highlights that this has been a key focus of advocacy in Canada, and that CBSA has made promises to focus efforts on minimizing the placement of children in detention facilities. However, the alternative, placing children in foster care while their parents are detained, also raises concerns for the child's wellbeing, which have not been adequately addressed. It wasn't until a 2016 court ruling that taking the best interests of the child into consideration became mandatory in determining detention lengths and release times.[14]