From UBC Wiki
Jump to navigation Jump to search
This message box is using an invalid "type=growth" parameter and needs fixing.

This document describes how to record titles for both textual and non-textual materials. The below graphic explains how to decide whether to create a transcribed or a devised title for the item. Titles for books and manuscripts

Record the title as seen on the title page. Punctuation and spelling should be preserved. Only capitalize the first word and proper names. These are referred to as transcribed titles.
EXAMPLE:

Title: Family research report Whenever possible, give the English version of a title. If the title is in a language other than English, transcribe it in the appropriate Romanization (e.g., Pinyin for Chinese) in parentheses and optionally follow this with the title in the original script.
EXAMPLE: 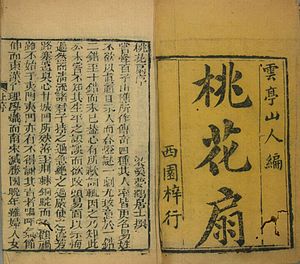 Titles for other items

If a work other than a book or manuscript has a clear title of its own, integral to the work, use that title as described above. This will be the case for many paintings, calligraphic works, maps, and inscriptions. Many other works, including decorative art, cultural artifacts, some maps, diagrams, archaeologically-excavated objects, ethnographic materials, and some buildings, do not have titles or names. For these works, a descriptive title should be constructed or devised to facilitate identification by users. These are referred to as devised titles.
EXAMPLE: Describe what the image is or what is seen in it. Devised titles may refer to subject matter, materials, form or function of objects depicted.
When constructing devised titles (images/photographs, audio, video, etc.), keep them simple and neutral. Less is more.

Use the following elements when possible:

If a work/subject is commonly known in English, give the English name and add Romanized/Asian translations in parentheses. If a work/subject cannot be translated into English or is not conventionally known by an English name, the Romanization can be used, with the Asian characters given in parentheses.
EXAMPLE:
FROGBEAR example in Open Collections [for a sculpted head]
Title: Portrait Head of … (add name of person or statue)

[for a Japanese screen]
Title: Screen with Night Rain on Lake Biwa

[for a vase decorated with flowers]
Title: The Magnolia Vase

[for a Chinese temple, title refers to the denomination and style]
Title: Taoist Temple

For devised titles in English, capitalize the first word and all nouns, pronouns, verbs, adverbs, adjectives, and subordinate conjunctions; use lowercase for articles
For titles in other languages, follow capitalization rules of that language or appropriate scholarly conventions.