Course:FRST370/Projects/Judging the success of co-management in the Zomba-Malosa forest reserve, Malawi 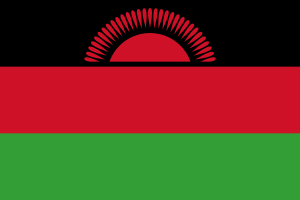 This case study discusses the Zomba-Malosa forest reserve located in southern Malawi. In 2006, the Improved Forest Management for Sustainable Livelihoods Programme (IFMSLP) was introduced, which was meant to facilitate the devolution of forest management to the community by promoting forest co-management projects in Malawi. This program was a result of the National Forest Policy (1996) and The Forestry Act (1997), created by the Malawi government to provide a framework for improving forest management, as well as contributing to decreasing the poverty rate in the country. The success of this program is determined by how well the IFMSLP achieves its goals/objectives as well as how the participating community members feel their forest values have enhanced because of the implementation of the program. Local communities are viewed as forest management partners and the government aims to provide guidance and training to local management committees. Although the IFMSLP has good intentions, some issues have occurred which lead to mismanagement of forest blocks in some communities. 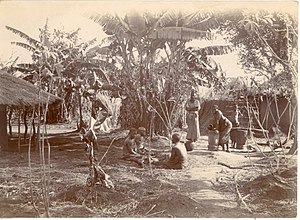 History of forest management in Malawi

The effectiveness of co-management can vary depending on who is involved (Chinangwa, 2014). The outcomes will also depend on the pre-existing conditions of the community (Chinangwa, 2017), and the local communities must understand and interpret the program well enough to have a positive outcome. When judging the success of co-management, community members lean towards forest resource access, conservation, improved livelihoods, and to be involved in decision-making of the reserve (Chinangwa, 2017).

In my opinion, forest co-management in the Zomba-malosa forest reserve has shown that it can be a successful endeavour when everyone in the community is accountable and involved. I believe that more efforts need to be put into ensuring that block committees are functioning efficiently, and that the people making forest management decisions are well supported by the community members, and that they are free of corruption. This can be achieved by involving the traditional leaders of communities more, so that they can bridge the gap between 'community management' and 'committee management'. As the program currently stands though I would have to say it has been collectively unsuccessful, but a few minor adjustments made in relation to staff reliance and the management decisions being made would push the program in a very positive direction.

The main difficulty I found in this topic was the lack of information on specific communities that are involved in the co-management program in Malawi. Although many studies were done involving Zomba community members who are affected by the management strategies in the Zomba-malosa reserve, they do not make it clear which of the specific communities they are getting the responses from.